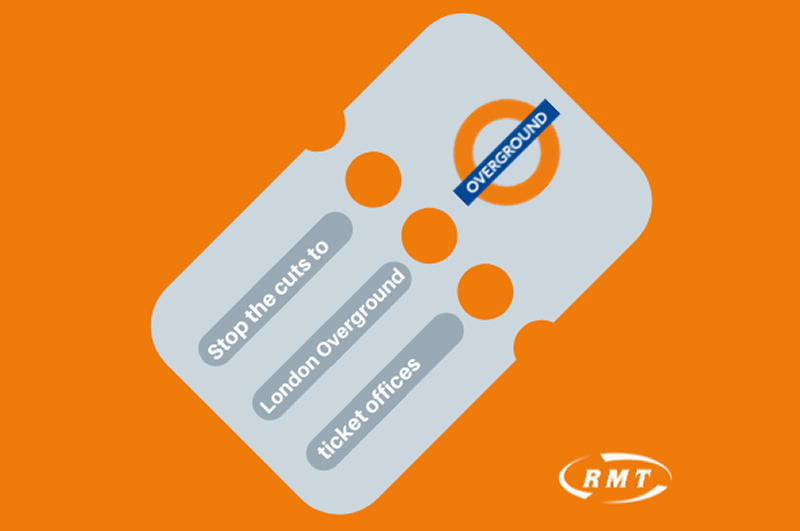 RAIL UNION RMT has released a full list today of London Overground’s plans to cut hours at 45 stations to the bare minimum and close the ticket offices altogether at Brondesbury, White Hart Lane and West Hampstead.

The revelations of the scale of the planned cutbacks comes on the eve of the union holding a day of action as part of a fresh campaign to fight the closures. Last year, London Overground planned to close 51 ticket offices on the network. However, RMT launched a campaign and thousands of London Overground passengers opposed the closures leading to the Mayor intervening and promising to keep the ticket offices open.

RMT will be launching the new wave of campaigning with a day of action tomorrow - Friday 11th October - with a leafleting and postcard campaign taking place at stations around the Capital.
The proposed cuts are: 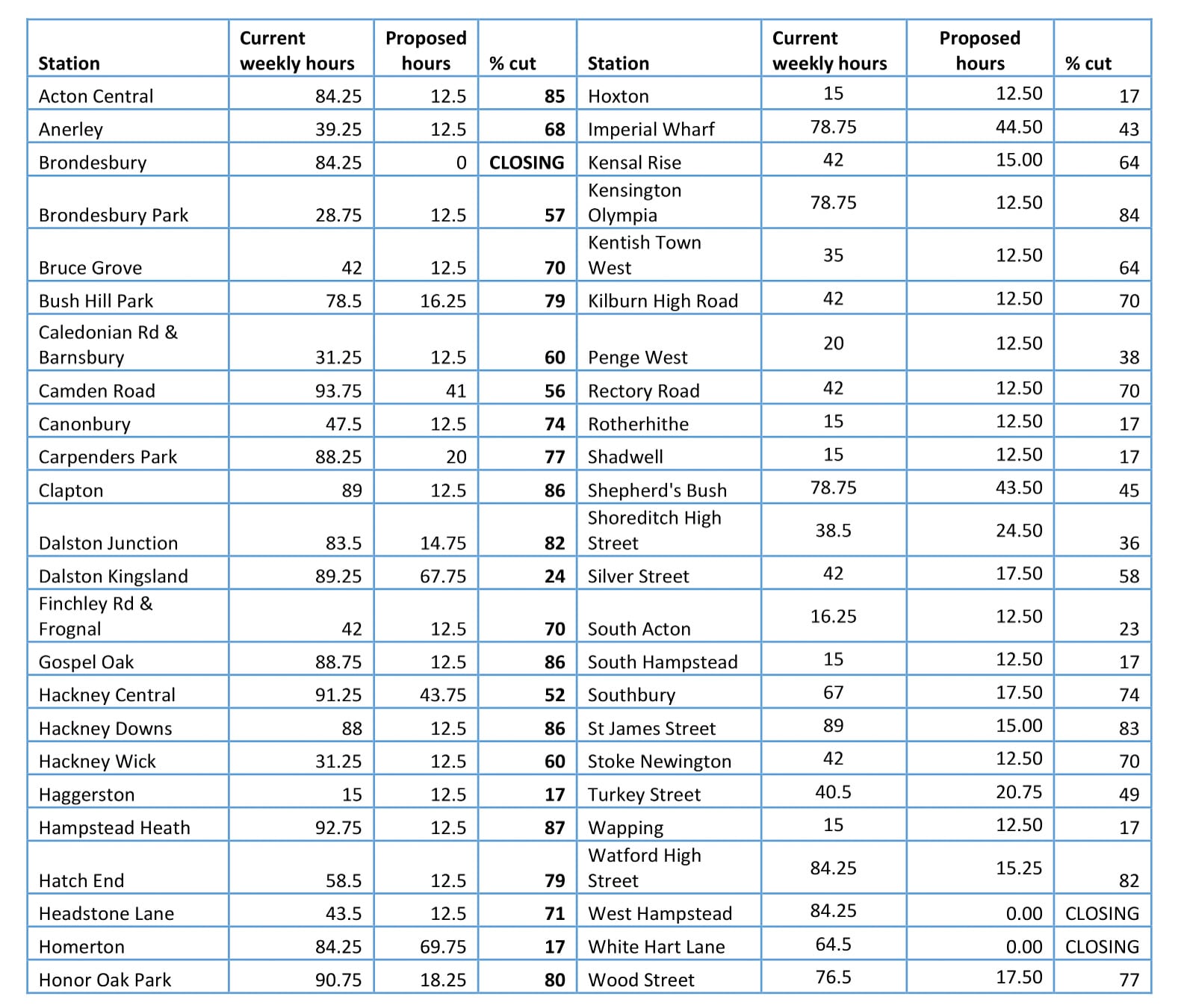 If these cuts go ahead, and many ticket offices are closed for large parts of the day, RMT is concerned that:• Stations will become less safe, secure and accessible.
• Passengers will not be able to access all ticket types and services at a machine.
• Many people, including some elderly and disabled passengers, would struggle to purchase tickets and get advice.
• It will be easier for London Overground to close more ticket offices and reduce staffing even further in the future.Last year, London Overground, which is owned by the German State rail company, made a profit of £4.6 million.

“These plans to cut ticket office opening hours are about cutting costs and maximising profits and fly in the face of the Mayor’s promise last year to keep the ticket offices open.

“We are holding a day of action tomorrow as part of a fresh wave of campaigning to halt these ticket office closures and to ensure that London Overground is safe, secure and accessible.

“RMT will be fighting to keep ticket offices fully open and oppose the proposed cuts and we expect the same widespread support from the travelling public that we had when fought to save ticket offices last year.”