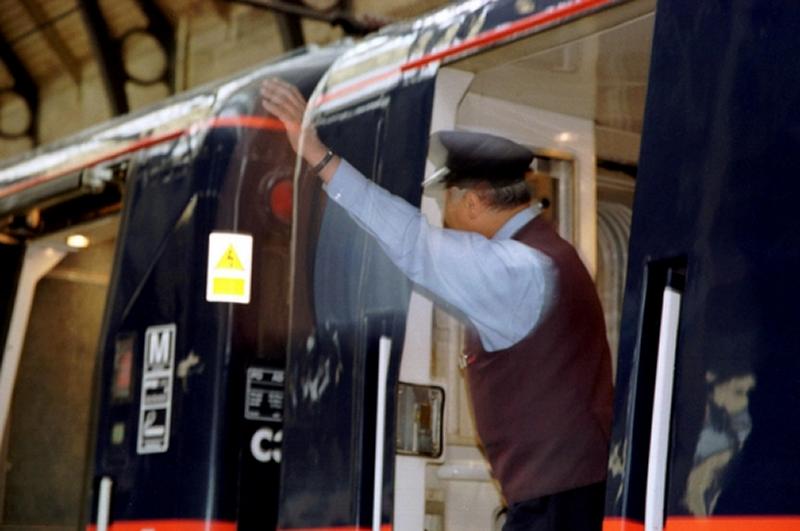 RAIL UNION RMT today releases e-mail proof of collusion and complicity in the whole Driver Only Operation saga between the Rail Safety and Standards Board (RSSB), the Rail Delivery Group (RDG)  and the Department for Transport (DfT).

Michael Woods Head of Operations and Management Research at the RSSB says in a 2014 e-mail to Daniel Parker Klein Head of Policy at the Chartered Institute of Logistics and Transport (CILT): “I am responsible for a major piece of research….into how to significantly extend the coverage of Driver Only Operation for Passenger Services DOO (p) to much more of the network, on behalf of RDG rail sfatey and and ultimately DfT”.

RMT, which is currently in dispute over DOO with three separate operators, Southern, Northern and Merseyrail, has seized on the comments as yet further evidence that the drive to axe guards is wholly politically motivated and is being pursued by the minority Tory Government without any mandate to rip up the rail safety rule book.

Mick Cash RMT General Secretary said:
“In the wake of the news that the Association Of British Commuters  legal challenge to the Government’s handling of the Southern Rail contract is now going into court on 29th June, there is no way that the RSSB, which prides itself on “our independent, evidence-based approach, built on strong technical capability” in its declared mission of  “driving improvements in health and wellbeing and delivering a safer, more efficient and sustainable rail system” can be seen as either credible or independent. It is clearly operating as a toxic combination of an arm of government and a secretive bosses club.

“When such a senior rail safety figure blatantly admits bias and collusion with the Government over the extension of Driver Only Operation it is clear that the disputes on Southern, Northern and Merseyrail are wholly of the politicians making and without this ideological interference we could have negotiated settlements”.
“This admission that the RSSB has been doing the DfT’s dirty work for them for a long time knocks into a cocked hat the government’s ability to claim it cares one jot about the rights of vulnerable, older and disabled passengers”.

“RMT’s executive is considering the next moves in the Southern, Northern and Merseyrail disputes but with this latest evidence, alongside the chaos of a minority government with no mandate to rip up the rail safety rule book, it is time for the expansion of Driver Only Operation to be called to an immediate halt right across the country.”

The e-mail recently sent to us from Michael Woods to Daniel Parker-Klein is in response to one from Peter Rayner as Chair of the Accessibility and Inclusion Forum at CILT ( also included) to Daniel Parker –Klein which he shared with others in the organisation .

He goes onto say “ Research is available within the Department for Transport that shows that many older people are unhappy about travelling and that the presence of uniformed staff was at the top of their list of wants. Older people in addition do not feel comfortable on an unstaffed station and in an unstaffed train”