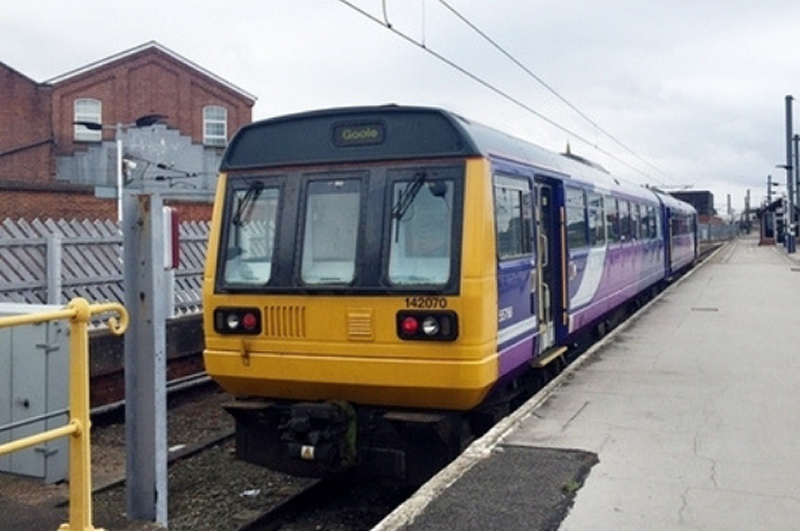 RAIL UNION RMT today shone the spotlight on the shadowy rolling stock companies continuing to make a financial killing out of the Pacer train scandal on Northern.

The Pacer trains, welding a bus body to a chassis, were introduced as a temporary solution to a rolling stock crisis back in the early eighties but are still grinding their way around the Northern Rail network. They were condemned again by senior politicians across the North earlier this week. Not only are the Pacer’s noisy and uncomfortable but they flagrantly contravene disability access laws.

RMT has called for the government to step in and bring Northern Rail into public ownership and has now warned that protecting public money will mean dealing with the system of leasing trains from rolling stock companies.

The delay to replacing the Pacers has been caused by technical problems with the new trains, bought and owned by one of the three rolling stock companies, Eversholt.

That means that Northern have to continue using their outdated Pacers. Northern Rail’s 158 Class 142 Pacer trains are owned by Angel Trains while their 56 Class 144 pacers are owned by Porterbrook. The longer they continue in service, the more Angel and Porterbrook get from the extension to their leases.

“It is nothing short of a scandal that 35 years after they were introduced as a stop-gap solution to a rolling stock crisis there are still private operators making a financial killing out of leasing the clapped-out and inaccessible Pacer trains back to the network. If you want to see the profiteering of rail privatisation in all its gory detail look no further than this outrage on the Northern tracks.

“These rail fleet companies, set up after the breakup of British Rail by the Tories, operate in the shadows leaching huge sums out of the taxpayer and passenger with well over a billion pounds being sucked out of the system that could have been invested in new rolling stock.”

“The only solution to this national disgrace is public ownership of the railway and the sweeping away of all these parasites once and for all.”

Most of the Pacers run by Arriva Rail North are owned by Angel Trains.

According to its most recent investors report, Angel Trains Group (the “Group”) performed strongly during the period with EBITDA at £412.1m, an increase of £1.3m on the corresponding previous 12 month period.

The main leasing company in the group, Angel Trains Ltd, passed on £147 million in dividends to its parent company shareholder in 2018.

Their most recent report to their investors makes it clear that they benefit from anything that means they get more use from their ageing trains, including the cancellation of electrification programmes:

“The DfT refranchising programme has not been updated since July 2017 and has now been withdrawn from distribution, pending the publication of a white paper based on the recommendations of the Williams review. However, in the short to medium term a number of directly awarded franchises and extensions to franchises have been contemplated. Furthermore, in many of these directly awarded franchises a further extension option has also been included, which in our view, is likely to be exercised in a number of instances.”

“The impact of the above announcements on Angel Trains remains broadly beneficial, particularly for the Networker Class 465, 466 and DMU portfolio, which now have later lease expiry dates than previously envisaged. The announcement that certain electrification programmes have been abandoned also further enhances the DMU portfolio.”

In other words, the crisis of franchising and the department’s habit of extending franchises by Direct Award is enabling ROSCOs to squeeze more value out of their leases, including their ageing fleets, (including Pacers). One ROSCOs failure to deliver new rolling stock on time allows the other two to benefit from extended leases.

Northern’s Pacer fleet is detailed on page 145 of the Franchise Agreement here:
https://assets.publishing.service.gov.uk/government/uploads/system/uploads/attachment_data/file/819882/northern-franchise-agreement.pdf

As RMT showed in its recent report, The Rolling Stock Racket,
https://www.rmt.org.uk/news/the-rosco-racket/

• Between 2012 and 2018, the ROSCOs passed on a total of £1.2 billion to their parent companies or owners in the form of dividend payments. To put that in context, three companies paid out the same amount as all the Train Operating Companies managed across 20 franchises over a five year period between 2012 and 2017.

• All the ROSCOs have owners with companies based in Luxembourg, which is a low tax regime in which interest payments between companies are not taxed. In 2014, the LuxLeaks (leaked papers revealing the tax agreements of dozens of companies in Luxembourg) revealed that in 2009 AMP Capital, who now own 65% of Angel Trains, were using a complex web of companies using various forms of intra-group lending to avoid paying tax on money they were extracting from Angel Trains and other investments.