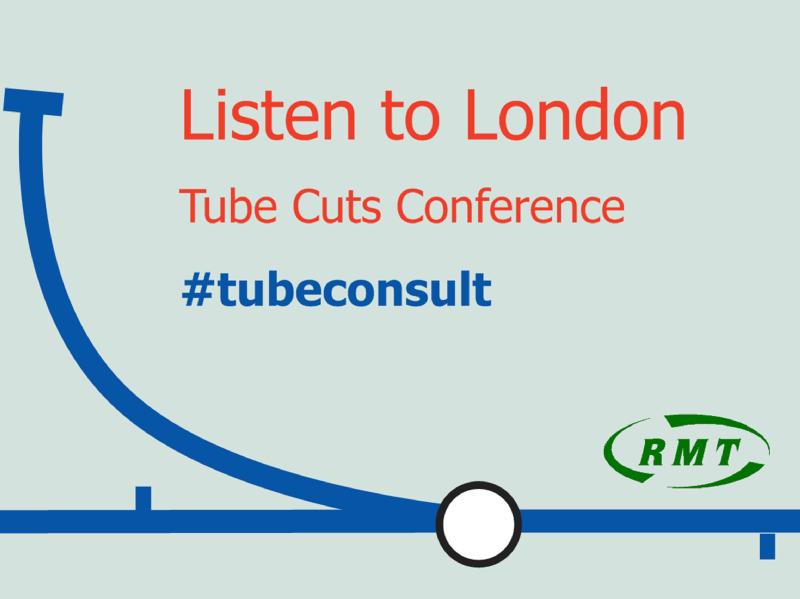 TUBE UNION RMT will be hosting a major conference on Saturday the 26th July “Fighting Tube Cuts – Listen to London” as part of the continuing campaign to stop Boris Johnson’s austerity-led cuts to jobs, safety and services. The conference will run from 10am – 1:30pm at the TUC, Congress House, Great Russell St, London.

As well as taking report backs and speakers on the on-going campaign to stop the attacks on tube jobs, services and safety the conference will also take a report on radical plans for a new Land Value Tax and how it could be used to fund a proper public transport system fit for purpose, years into the future.

The author of the report is Dave Wetzel, who was the first Vice Chair of Transport in London between 2000-2008. He will be presenting his report at the fighting tube cuts conference on Saturday.

The key points of the report are:

-    that the Tube could be funded and expanded by a Land Value Tax on wealthy London landowners who have gained massively from increases in land value due to the expansion of the Tube, East London line and building of Crossrail

-    a Land Value Tax would capture some of the value added to property as a result of public investment, specifically spending by the government in providing new and improved transport services

-    the system of Land Value Tax has broad support – as reflected in RMT motions to the TUC -  and already works successfully in a number of jurisdictions, including Hong Kong


The conference will also address the core aspects of the London Mayor’s tube plans:

-closure of all ticket offices

The event has been specifically designed to inform trade union members as well as the public about the issues and to discuss the next campaigning steps involving the unions and the community.

“The idea that London cannot afford properly resourced and staffed transport services, affordable, safe and accessible to all, is pure and utter nonsense as the conference on Saturday will hear.

“This is a wealthy City, where property is stockpiled as a global asset, without making any contribution to the people of London whatsoever and it is time that we used that wealth for the benefit of all not just the oligarchs, the Dukes and the non-doms.

“We need a system of taxation that funds and expands transport and the rest of our public services and which tackles the massive issue of inequality in London right at its source. Saturday’s important conference will address exactly those issues.”