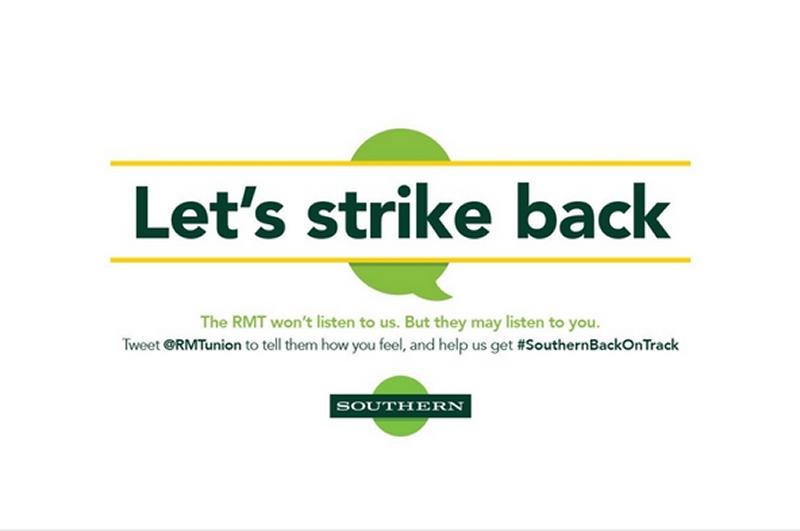 RMT forces Southern to withdraw campaign of incitement to violence against staff.

Rail union RMT has forced train company Southern to scrap it's “Strike Back” campaign ‎of incitement to violence against staff after a huge public backlash and after evidence begins to emerge of workers being abused and assaulted as a result of the company actions. 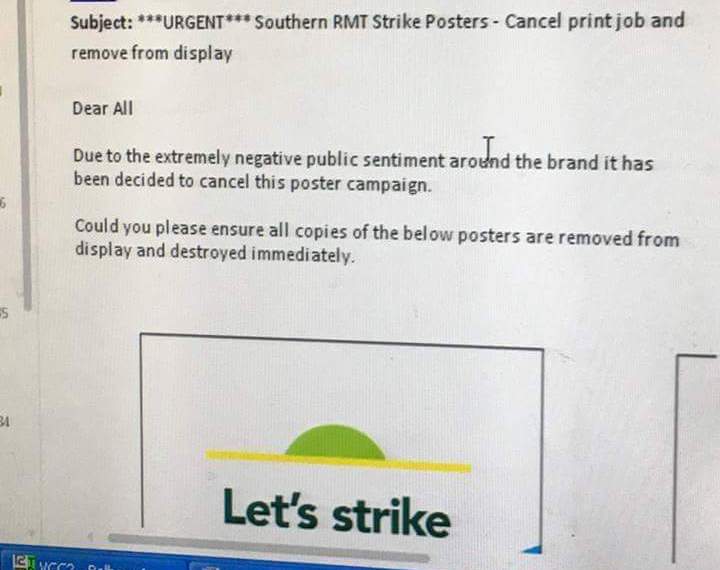 The union has also written to the company - attached - highlighting the impact on staff of their actions. It is estimated that the abandoned media campaign has cost the taxpayer between a quarter and a half a million pounds.

RMT letter to Charles Horton by Andrew Brattle on Scribd

"This is a despicable and nasty campaign designed by Southern to set their workforce up for abuse and assault. It is incitement pure and simple and we are now seeing the consequences.

"Encouraging abuse of staff who are doing nothing other than standing up for passenger safety is a measure of this basket case outfit running Britain's biggest rail franchise.

"“We see today new advertisements in the newspapers regardless of the massive cost involved. It is estimated the campaign budget is around half a million pounds, money that could have been spent on keeping the guards and resolving the dispute."