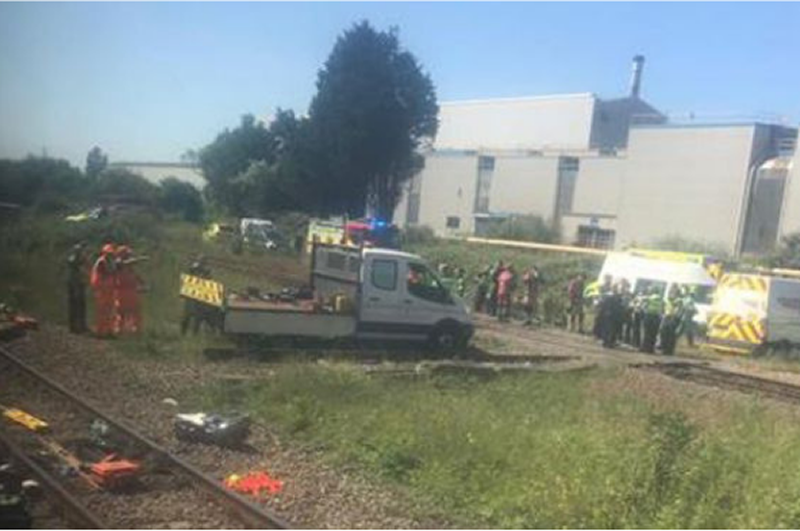 RMT General Secretary Mick Cash and Assistant General Secretary Mick Lynch will be attending the union's Bridgend Branch this evening to express solidarity and sympathy with the colleagues and families of those involved in the fatal tragedy in Port Talbot last week and to take soundings as RMT steps up the campaign for track worker safety.

The union is reinforcing ‎it's core demands after years of warning that there is a systemic and corporate failure to address a whole range of issues related to the safety culture on the railway.

RMT is calling for

·         The safety regulator, the ORR, to issue a vigorous and early response on the issues or track worker safety, recognising the shock and anger throughout the industry following last week's tragic events.

·         Whatever action they take, the ORR’s response will still be viewed by RMT members as too late as they have been aware of union concerns and the high levels and serious nature of the near-misses on the railway infrastructure and the confusing and bureaucratic systems that Network Rail has created.

·         The ORR’s slow response demonstrates the conflicted nature of the ORR as an organisation which is responsible for finance, franchising and safety of the rail industry.

·         RMT is calling for a truly independent rail safety regulator which is focussed on protecting the workforce and users rather than satisfying the policy, financial and business needs of the government and its contractors.

·         RMT will also be convening a meeting of senior union Representatives to discuss the broader issues of track worker safety and protection including aspects such as suspending/banning Red zone (moving trains) working, enhanced protection systems, safe systems of work and how the union might respond industrially.

"Since last week's tragic events in Port Talbot ‎the union's focus has been on supporting our members and their families affected by the incident. Myself and Mick Lynch will be in Bridgend tonight to offer the union's continued and full support and solidarity to our local membership and to ensure that we are doing everything we can to assist.

"We will also be taking soundings on the next steps in the fight for rail safety and I can make it clear that we will be stepping up our‎ vigorous campaign for the elimination of track worker fatalities and serious injuries, based on a simple and coherent track safety regime that has worker protection as its core principle.‎ The nonsense of the safety regulator being funded by the industry, and having a financial control role, has to end. We need genuine independence to restore confidence.

"We will be convening a meeting of our national Network Rail reps shortly‎ and nothing is ruled out including a demand for a ban or suspension on red zone working if that's what it takes to force those in control to take us seriously."