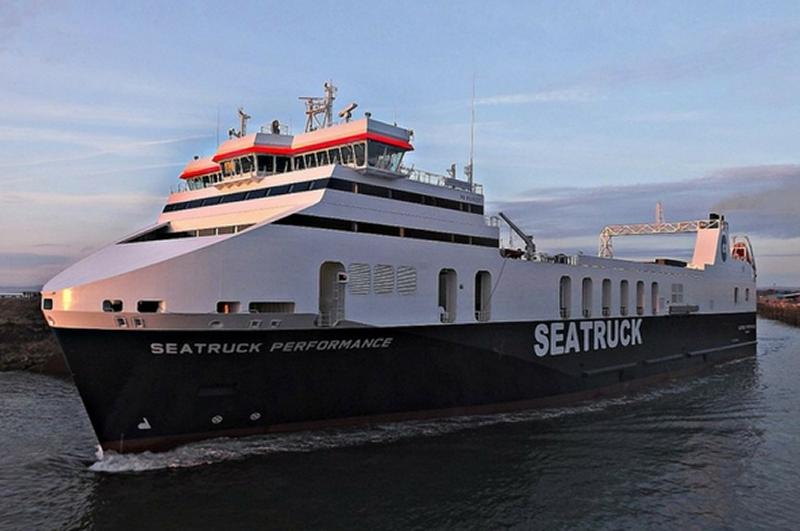 RMT’s campaigning in the Irish Sea will turn to ‘low-cost’ operator Seatruck in Liverpool this Friday with an early morning protest at the company’s depot at Brocklebank Dock as the union steps up the fight for pay and workplace justice.

The Liverpool protest, part of a day of action and a wider RMT campaign, will take place as follows:

RMT is targeting Seatruck’s second morning sailing. This company moves nearly a quarter of all freight on Irish Sea routes and that growth is built on the exploitation of EU Ratings paid as little as £3.78 per hour. Seatruck has consistently rejected RMT’s requests for recognition, yet the company has received an award from Mersey Maritime for its business model. RMT’s collective action will link the issue of local seafarer jobs and pay to the companies that use this cut-throat operator.
RMT General Secretary Mick Cash said:
“The Irish Sea should be the bedrock of employment for UK and Irish Ratings. Instead, companies like Seatruck have grown by exploiting seafarers from other EU countries on basic rates of pay as low as £3.78 per hour in order to undercut competitors in the growing Irish Sea freight market.

“ This scandal is driving the decline in UK and Irish Ratings which no island economy can seriously tolerate. Our campaign also aims to secure the changes to UK law required to prevent Seatruck and other shipping companies from avoiding the NMW and undercutting local seafarers to reward directors and the ultimate owner, Clipper Group of Denmark.

“As we approach Brexit, the UK needs to get its house in order, starting with increases in UK Ratings’ jobs and training at companies like Seatruck where maritime freight growth is built on seafarer exploitation.”