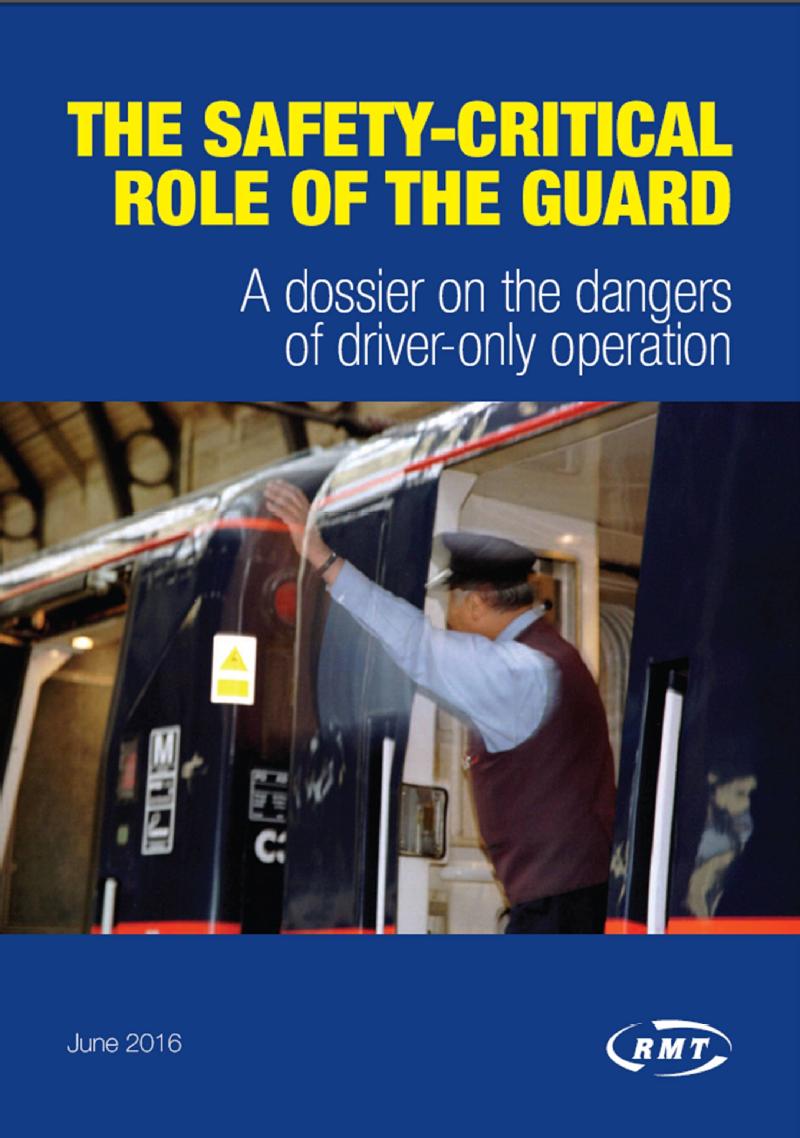 ROLE OF THE GUARD – A dossier on the dangers of driver-only operation” – which exposes in detail the threat to safety on rail services from axing guards from our trains.
The report – which highlights a catalogue of incidents where safety has been compromised on DOO services as well as incidents where the presence of the guard has averted potential disaster – is released by the union on the day that a major protest in defence of guards on Southern Services is held in London and 24 hours after RMT announced a programme of industrial action on Scotrail against the extension of DOO.

“This dossier has been produced by RMT as part of our national fight against the introduction and extension of Driver Only Operation on Britain’s railways as the greedy train operating companies look to dilute the safety regime in favour of maximising their profits from the privatised network.

“The dossier sets out a range of examples from across the country that detail the real consequences for the travelling public of axing and undermining the safety-critical role of the guard.

“The examples are horrific – but the current moves, in the wake of the Government-backed McNulty report that made DOO the default option on our trains - mean that they will be the tip of the iceberg if we don’t halt and reverse the drive to take out the guards.

“Everyone who works on the railway knows that Platform/Train Interface is the number one area of risk, day in and day out. That fact is accepted by the safety agencies who are there to monitor and manage the safety regime across the rail network.

“With surging demand, unmatched by rail capacity, overcrowding on our trains and on our platforms is now endemic. The guards, working with their platform and driver colleagues, are the pivotal point in the safe management of the dangers presented at the passenger/train interface. Removing them, or downgrading their role, is a lethal gamble with passenger safety.

“Only a fool, or someone motivated solely by the bottom line on a company balance sheet, would contemplate tampering with our guards on Britain’s crowded and stretched railways. And yet that is exactly what is happening.”