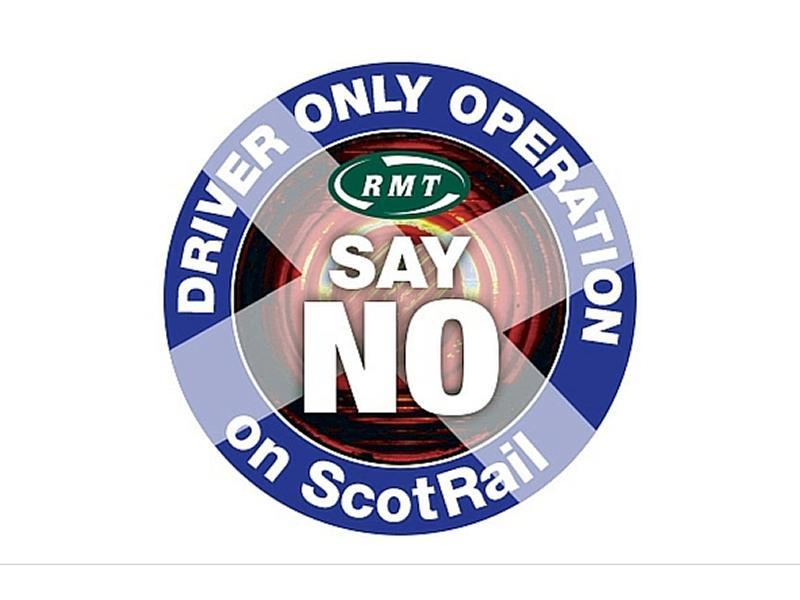 The union continues to make the public and political case against any extension of Driver Only Operation in Scotland - making the positive case for "Safer Scottish Trains".

The launch of this next phase of the campaign kicks off with an event at Glasgow Queen Street 8am - 10am and later outside the Scottish Governments Glasgow Offices ( Atlantic Quay Glasgow) at 11.30am on Monday 8th August 2016.

The event at Glasgow Queen Street is headlined "coffee at Queen Street" - the union will buy a coffee for anyone who turns up in the campaign shirt on the first working day that the tunnels between Glasgow Queen Street and Edinburgh re-open. Leafleting will take place outside the station with our new campaign banners unveiled "Safer Scottish Trains".

This event will finish at 10am when we will head to Atlantic Quay in Glasgow for a photo shoot and protest outside the Scottish Governments Glasgow office at 11.30am.

“Today RMT launches a broad-based campaign designed to engage the travelling public and every grade of rail worker in a united push for safe rail services across Scotland. At the heart of that united campaign is the clear message that every train should have a second person on board, that person should have a very clearly defined safety and operational function.

"The union is also highlighting the fact that our stations should be safe and staffed and any attempts to reduce station staffing levels should be resisted‎".