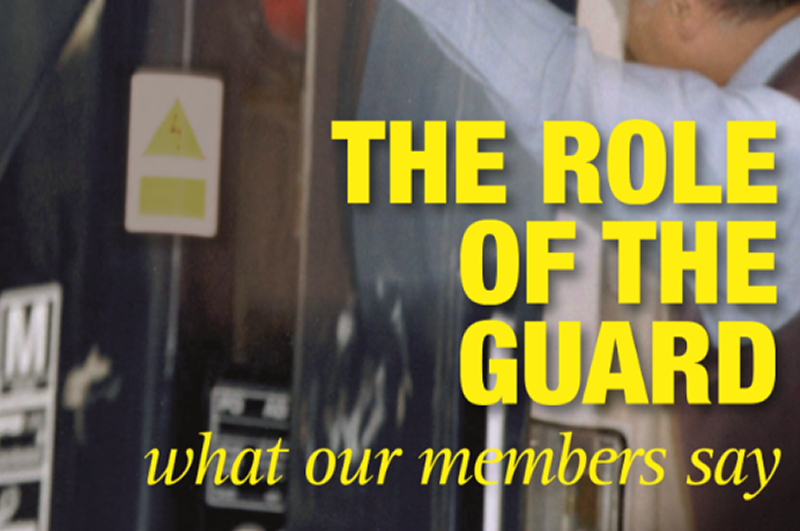 As Northern and South Western Railway guards strike again this weekend an RMT national survey of rail guards has revealed the vital role guards play in delivering a safe, secure and accessible railway.

The guards’ vital role in protecting passengers has also been shown with:

• 51% of guards having prevented at least one sexual assault.

• 98% of guards saying they have dealt with anti-social behaviour. 63% having dealt with it at least 20 times.

• As well as protecting and providing assurance for passengers guards are vital in ensuring access for older and disabled people.

• 85% reporting that they have assisted passengers with a disability at least once a day.


The guards also provided over 500 examples of protecting the safety of passengers during heightened concerns around terrorism.


Hundreds of descriptions of the actions guards take every day were provided by the survey such as:


“Go line side and assist an injured person who was struck by a train in the course of trying to commit suicide. The driver was too shaken to carry out the duty of contacting the signaller and carrying out protection.”


“Required to intervene. Violence involved. If not there situation would have escalated. Knives involved. Children and adults scared. No other point of contact for one hour between stops.”


“Two men blocked the path of a young lady demanding oral sex. I looked after the distraught lady for the rest of the journey.”


“Daily occurrence more frail and elderly and people with disabilities i.e. wheelchair users, blind and elderly if no guard it will limit the travelling these people can do.”


“In contrast to the cost cutting plans and misleading propaganda dreamt up in Whitehall and the rail boardrooms this survey shows the reality of the vital role train guards play at the sharp end to ensure a safe, secure and accessible railway.


“In their own words, these dedicated rail workers are warning of the horrific consequences of there no longer being a guard to provide assistance and to help deal with emergencies, violent behaviour, sexual assaults and the terrorist threat.


“Unsurprisingly 97% of guards in our survey felt the main reason companies are introducing driver only trains is to increase profits with the same number saying the government is on side of the train companies and not passengers.”


“It’s time the government and rail bosses stopped thinking about the bottom line and listened to voices of rail workers delivering on the front line.”


Notes:
The survey was conducted over one day where 800 responses were received in a matter of hours.