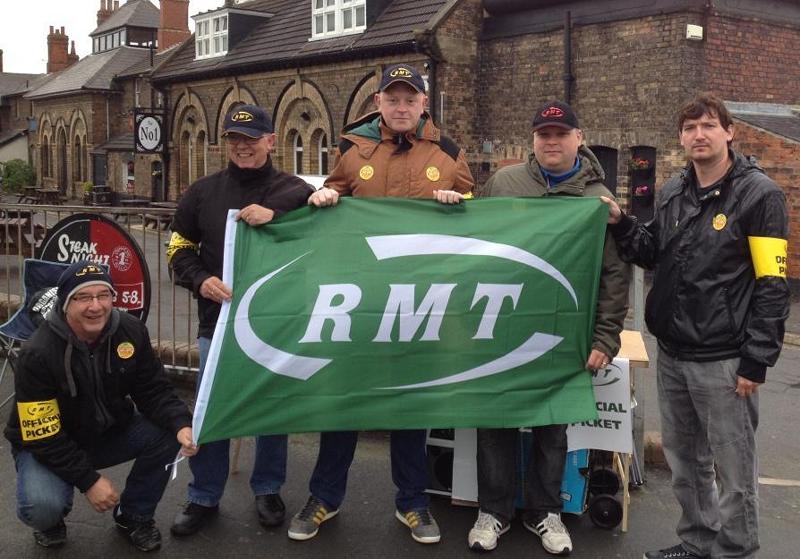 Union says “Do the Decent Thing” and reinstate Glenn Watson.

RAIL UNION RMT said today that it is mobilising a “People’s March for Glenn” to coincide with the Cleethorpes Air Show on Sunday 28th June and is preparing to widen the industrial mandate across Trans Pennine Express as the union steps up the fight to right the gross miscarriage of justice which led to the totally unfair sacking of conductor member Glenn Watson.

“The People’s March for Glenn” will assemble at 11am at Cleethorpes station and march along the seafront prior to the Air Show which starts at 12 noon on Sunday 28th June.

RMT said that it also challenging a series of smears and a whispering campaign orchestrated by First Trans-Pennine over the facts that led up to the dismissal of Glenn Watson by the company after one of a gang youths acting in an anti-social manner at Grimsby Town station attempted to “surf” his train leading to a dispatch irregularity.

At the most recent Avoidance of Disputes meeting senior managers at TPE admitted to RMT officials that the downloaded  On Train Data Recorder (OTDR) confirms that the time that Glenn completed the dispatch process by sending the “Right away” signal to the driver, is BEFORE the time that the CCTV footage shows the youth jumping back on to the train, this confirms that the youth jumped on just as the train was about to move along the platform, deliberately trying to outwit our member and the dispatch process.

In addition the union has  offered to have Glenn sign a waiver to allow the release of the CCTV footage and the union actually asked at the AOD meeting for it to be used in future training programmes. This move to put the full facts into the public domain flies in the face of the whispers, smears and ludicrous claims that the union has been misleading the public and press when the very opposite is in fact the case. The union is demanding now that the CCTV  be released as we know it proves to the letter what union officials and Glenn have said from the start of this shocking miscarriage of justice and raises the question  “what have FTPE got to fear from its release?”

Meanwhile the next phase of strike action is set to go ahead with the union also preparing to extend the ballot across all conductor members across Trans Pennine Express.

All TPE Conductor members located at Cleethorpes and Sheffield to take industrial action as listed below:-

Do NOT book on for any shifts that commence between:-

Do NOT work any overtime or undertake any rest day working between the following hours:-

RMT General Secretary Mick Cash said:
“RMT is now stepping up the campaign to right the shocking miscarriage of justice that led to the sacking of our member Glenn Watson with the “People’s March for Glenn” on Sunday 28th June and the widening of the ballot for action.

RMT is extremely grateful for the support of both the local Grimsby MP  Melanie Onn and the general public who have understood just how outrageous this dismissal is. Their support just adds to the determination and resolve of our members who have been rock solid in their support for the industrial action so far despite a barrage of smears and intimidation from TPE who are running scared from the facts and are refusing to release the CCTV footage which they know nails the lies that have led to this scandalous treatment of a loyal member of staff.

“Our sacked member Glenn Watson has maintained an unblemished safety and disciplinary record during his ten years of employment with First Transpennine Express and we are now harnessing both the support of the public and the workforce to press the company once again to re-employ our colleague.

“This dispute is about recognising the particular circumstances of this case and ensuring that the duty of care to staff facing abuse and dangerous behaviour on the railways is properly recognised. RMT remains available for talks.”