RMT launches Safe Trains For All campaign on London Midland 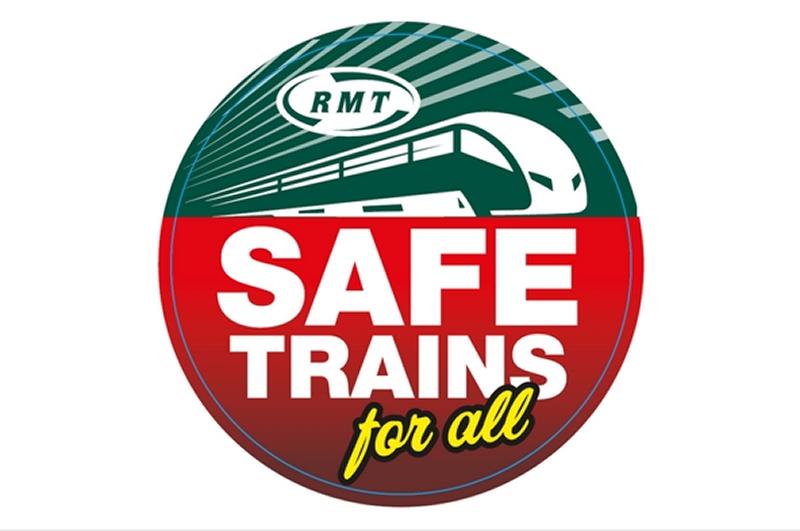 RAIL UNION RMT is launching the Safe Trains for All campaign on London Midland this Monday 12 December.

The campaign has come about as a result of the recent Department of Transport announcement regarding the future of train service throughout the West Midlands and West Coast routes. The Union believes that government plans represent a clear danger in form of: reduced service levels; reduced passenger safety; increased fares; introduction of Driver Only Operation (DOO); cuts to staffing; reduced safety standards; an attack on terms and conditions of employment; slashing of pension benefits; reduced mobility and access; limited investment in new rolling stock or maintenance, to be followed by the habitual introduction of a casualised workforce.


Initial leaflet distributions will take place Monday 12 December at the train stations below. This is the first in a series of campaign days so other locations will be covered on other dates;

The campaign will focus on five key areas to:


“Passengers on London Midland face ever rising ticket prices, yet privatisation has led to a much for a much reduced, over crowded, poorly maintained, dirty and less safe railway service. And worse is yet to come if the Department of Transport’s plans for the West Midlands and West Coast routes aren’t exposed and opposed.


“The Safe Trains For All campaign will highlight the fact that London Midland is there to provide a safe and efficient essential service to local people, not to increase profits with an increase in dividends to shareholders, bonuses for senior executives and ultimately subsidising the owning French or Dutch railway networks.”


“We call upon all daily commuters and regular rail users, communities groups, disability support groups, together with our local and regional politicians to support this long-term campaign to protect our transport networks as an asset to our respective communities, businesses and for the benefit of Great Britain PLC”.

Tagged with: safe trains for all, london midland, doo, driver only operation, dft, department for transport