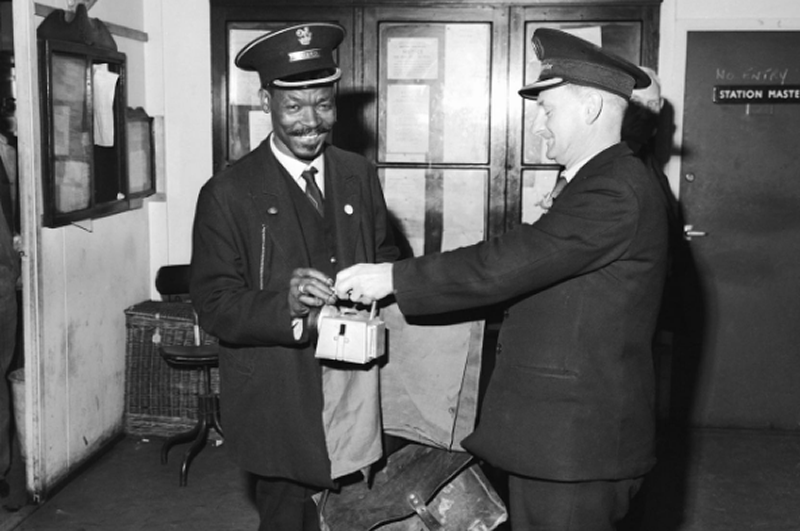 On the 54th anniversary of the union defeating the colour bar at Euston station rail union RMT said today that the campaign against racism remains an absolute priority. ‎

On August 15 1966 the colour bar at Euston station was finally defeated when West Indian guard Asquith Xavier was allowed to start work after initially being refused a job.

British Railways had announced, after negotiations with local leaders of the National Union of Railwaymen, that no grade would in future be closed on racial grounds anywhere in the London division.

The Euston colour bar was first made public by Mr James Prendergast, an NUR official at Marylebone. Mr Xavier, one of his members and an experienced guard, received a letter telling him that he had been rejected for a job at Euston because of the ban on coloured men.

Black workers had been barred from taking jobs as guards and porters at Euston Station while Irish workers at Paddington were restricted to labouring roles in the goods yard and similar restrictions applied at other stations.

Asquith Xavier was 46 and had come to Britain from Dominica, the largest of the Windward Isles in the eastern Caribbean. He had started work for British Railways in 1956 as a porter, working his way up to rail guard at Marylebone station, where there was no colour bar.

But as far back as on June 1961 the Communist Party newspaper The Daily Worker reported that the South Paddington Labour Party had requested that BR investigate immediately the ban on employment of coloured workers at Paddington Station.

This followed a statement by a British Rail Western region staff officer to the press stating: “All things being equal, we prefer taking on white people... they are preferred to coloured people for reasons of intelligence and education".

“Today we remember the brave actions of Asquith Xavier and those NUR officials who supported him in a campaign which eventually defeated the colour bar at Euston station. We owe so much to those who challenged racism on the railway in an era when it was all pervasive.

“The union remains eternally vigilant in the fight against racism and in this modern era of Black Lives Matter it is important we remember Asquith Xavier ‎and those trade unionists who blazed a trail for us over five decades ago."