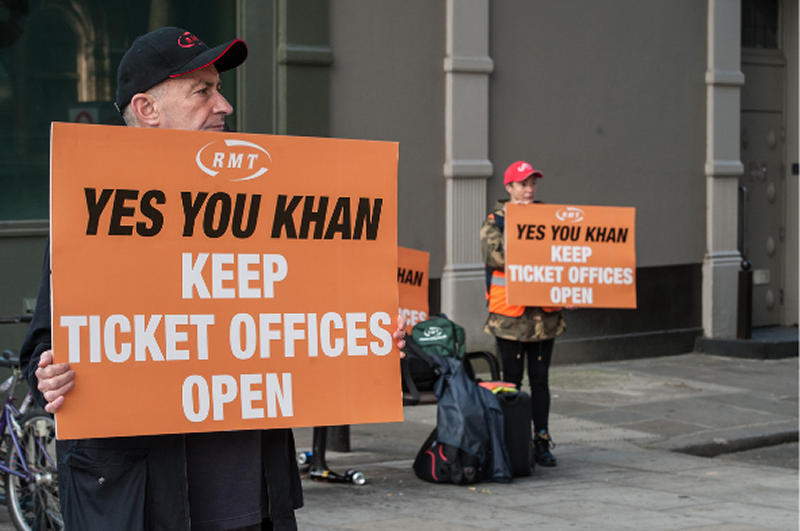 RAIL UNION RMT has secured a major victory in its ongoing campaign to staff our stations and retain ticket offices with the Mayor of London’s announcement this morning that 47 of the 51 ticket offices previously proposed for closure on London Overground will be retained following pressure from the union and its supporters.

In September 2018 a consultation was opened on Arriva Rail London’s ticket office closure proposals at stations across much of the Overground Network. Thanks to a mobilisation by RMT over 6,500 responses were received from a range of organisations and individuals with the vast bulk opposing the plans.

RMT General Secretary, Mick Cash said:
“This is a significant victory for RMT members at the front line of the London Overground service who led the campaign to stop this ticket office carnage and jacked up the political pressure to reverse the cuts.

“However we remain vigilant as in our experience once a package of cuts is proposed they remain an option in the longer term. Any backsliding will result in a new blast of pressure from this trade union and our national campaign to staff our stations and retain ticket offices continues.” ‎