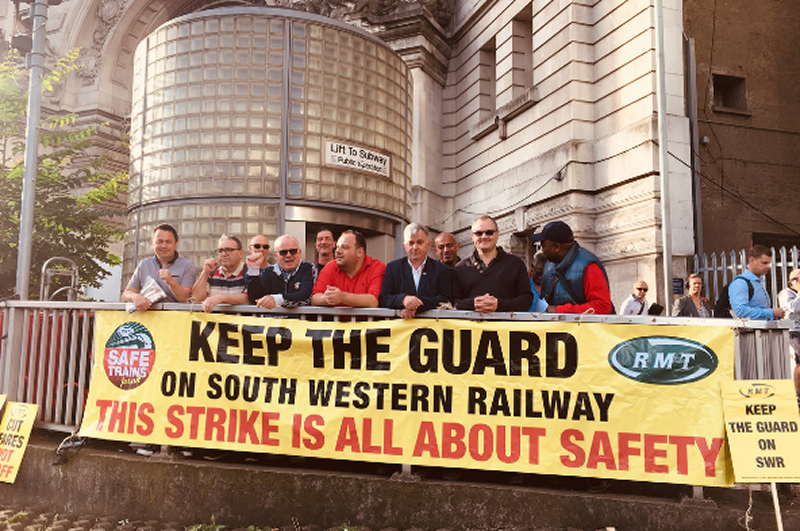 RAIL UNION RMT said that members on South Western Railway are standing "rock solid and united" again this morning on the first day of the latest phase of industrial action ‎in the fight for the protection of the role of the role of the guard and the safe operation of trains.

"Our members are standing united and rock solid on their picket lines again this morning on this first day of the latest phase of strike action in the fight to put safety first on South Western Railway."

‎"Despite all our efforts to pin down an agreement that honours promises made by SWR, and which protects the safety critical role of the guard at the platform/train interface, the company have played fast and loose and attempted to kick this fundamental issue into the long grass.

"RMT members have not come this far in the long fight for safety on South Western Railway only to be snubbed when a deal is clearly there to be done. It is now down to the company to get serious and listen to what their own staff are saying."