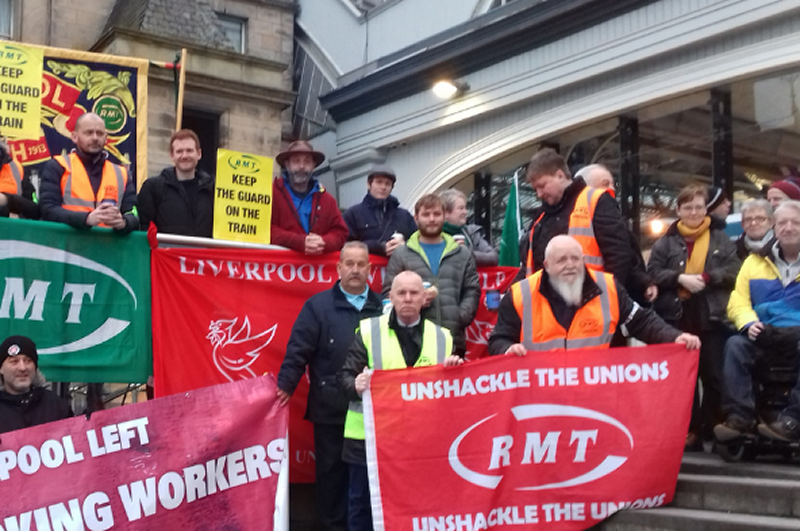 As RMT members stand firm on a 46th day of strike action today the union has revealed that Northern’s Managing Director David Brown has told staff that because of the “franchise requirement” set by the Government there will be Northern trains in the future that will run without a second person – in direct contradiction of the company’s recent public statements.

Only last week Northern’s Managing Director told MPs and other stakeholders in an email that there was no need for RMT strike action because:

“The Department for Transport and Transport for the North have publicly confirmed that a second person, in addition to the driver, will be retained on Northern services.”

In fact, the Northern Managing Director has separately told  RMT members saying that trains will run without a second person.

Mr Brown said because of the “franchise requirement” set by the Government Northern,

“Cannot guarantee a second single person on every train as, by its definition DCO [ Driver Controlled Operation] means that a train could run without that second person.”

“Only last week the Arriva Rail North Managing Director was telling MPs a second person, in addition to the driver, would be retained on Northern services.

“Instead of misleading the public Northern should be reassuring their passengers by guaranteeing a safety critical guard on every train. That is the fundamental issue that sees our members standing firm and united again today on a 46th day in the fight for the principles of a safe and accessible railway for all. ”