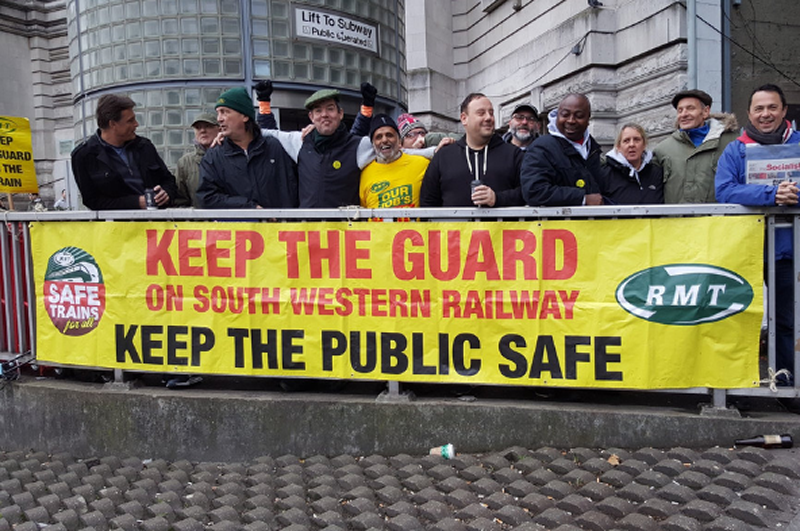 RAIL UNION RMT said that members on both Northern and South Western Railway are standing firm again this morning in the on-going programme of strike action as both companies continue to refuse to engage in serious talks around the issue at the heart of both disputes – the safety of the travelling public and the guarantee of a guard on the train to deliver that safety along with security and access that should be the cornerstones of operating a modern railway.

"RMT members are taking action again today on both Northern and South Western Railway in the continuing fight for safety, security and access on our trains while the train companies preside over a surge in violence across their services. I want to salute our member’s resilience in both disputes as they continue to stand firm this morning in the battle to put public safety before private profit

"It is scandalous that while other train operators have been prepared to engage seriously with RMT on the crucial issue of a guaranteed second safety-critical member of staff on their services ARN and SWR have dragged their heels and made a mockery of the talks process.

"With the most recent statistics showing that in the past ten years there has been a 47% increase in violent assaults and a 167% increase in sexual offences, RMT has made it clear that we will not allow safety, security and access on our railways to be compromised in the drive for private profit.