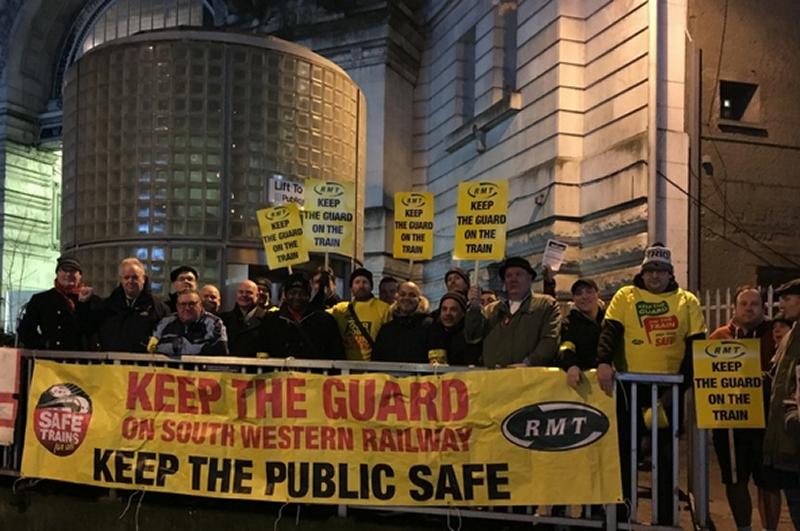 "Our members are standing firm this morning in the separate disputes across the country in defence of rail safety and the role of the guard.

"This week, in the midst of the Tory reshuffle shambles, we called on Chris Grayling to organise summit talks to move these disputes forwards. We have have had no response.

"Mr Grayling's silence speaks volumes and with today's damning NAO report into the Southern Rail fiasco it ‎is becoming clearer by the minute that all the Tory Government are interested in is protecting the fat profits of the greedy private rail companies regardless of the impact on services and safety.

"The strikes today are about putting public safety before private profit. If RMT can cut deals in Wales and Scotland that guarantee a guard on the trains and which underpin public safety, security and access on our railways there is no reason we can't reach the same agreements in England.

"RMT is available anytime, anywhere and it is down to the rail companies and the Government to lift the blockade and make those talks happen. "