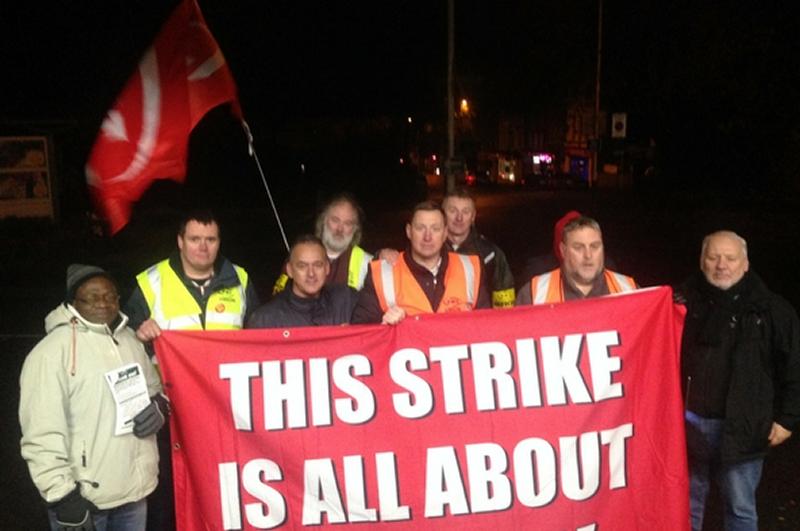 "RMT members stand solid, united and determined again this morning in the latest phase of strike action in a raft of separate disputes which are about putting safety, security and access to transport services before the profiteering of these rip-off private rail companies.

"Political and public support is flooding in as our communities choose to stand by their guards against the financially and politically motivated drive to throw safety-critical staff off our trains. The union salutes the members who are standing firm this morning for a safe and accessible railway for all.

“It is frankly sickening that Chris Grayling and his supporters are prepared to sit back and cheer on overseas operators who are robbing British passengers blind while sacrificing basic safety standards in order to subsidise transport services in Paris, Amsterdam and Hong Kong‎.

“It’s time for the Government to lift the dead hand which is preventing rail companies from negotiating deals like the ones we have successfully struck in Wales and Scotland that‎ guarantee a guard on the trains. If it's good enough for Scotland and Wales it's good enough for the rest of Britain.”

"Again this morning I am calling on Theresa May and Chris Grayling to call off the centrally imposed blockade on serious talks in these disputes and allow us to get on with genuine negotiations with their contractors."