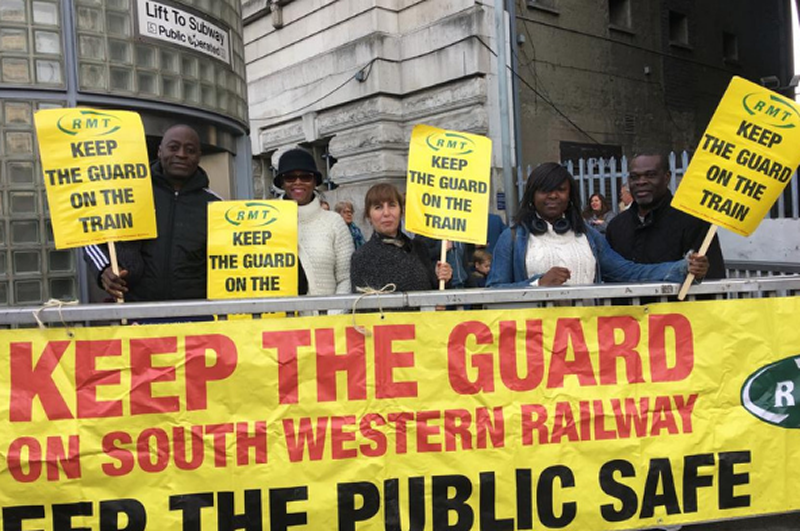 RMT members standing solid and determined this morning in continuing fight for safety on Northern and South Western Railway‎.

" RMT members are standing solid, determined and united again this morning on both Northern and South Western Railway in the long-running fight for safety, security and access on our trains while the private train companies gamble with their passengers well-being.

"It is scandalous that while other train operators have been prepared to engage seriously with RMT on the crucial issue of a guaranteed second safety-critical member of staff on their services ARN and SWR have failed to lift a finger to get talks going. They are happy to sit back and collect the taxpayer-funded compo from the Government for not running trains. ‎That is a national scandal.

"We thank the public for their continuing support and understanding that these disputes are all about safety and passenger service on Britain's increasingly violent and dangerous railways."