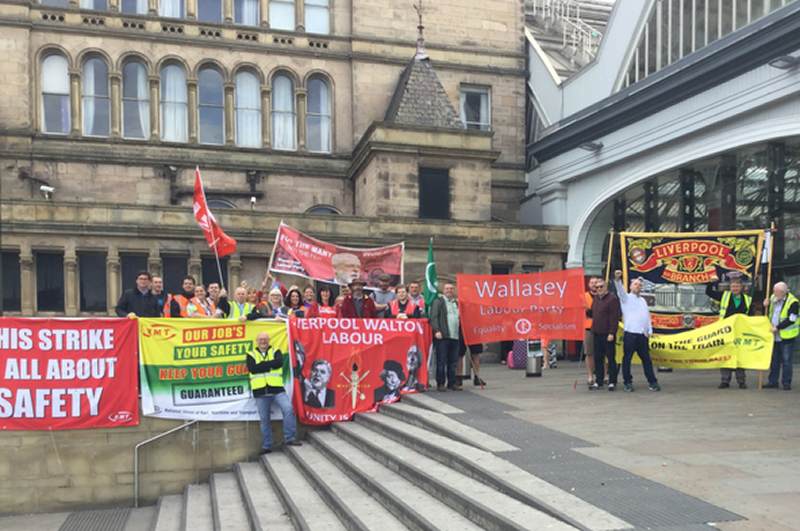 "The resilience and determination of RMT members on both Northern and South Western Railway in the continuing fight for safety, security and access on our trains is a credit to the trade union movement. They are st‎anding united and determined again this morning on picket lines at key locations across both franchises.

"It is scandalous that while other train operators have been prepared to engage seriously with RMT on the crucial issue of a guaranteed second safety-critical member of staff on their services ARN and SWR have slammed the door in our faces.

"It's time for both these companies to get out of the bunker and start talking with the union on the issue of the guard guarantee. RMT will not allow safety, security and access on our railways to be compromised in the drive for private profit."