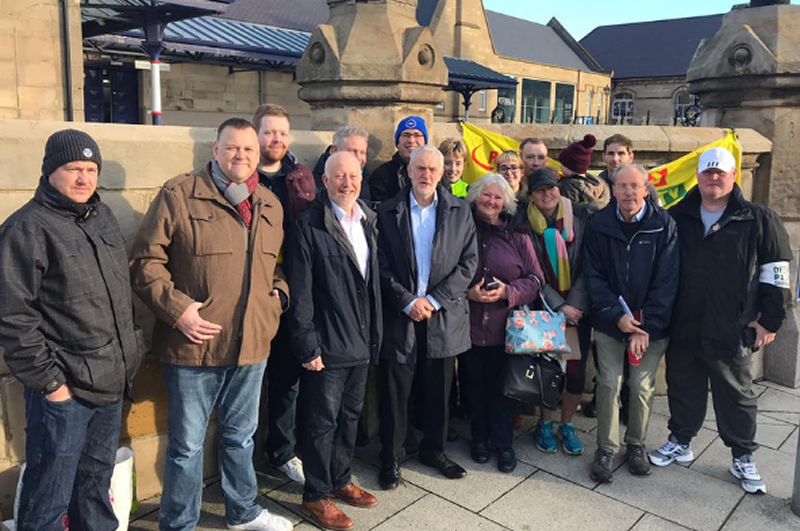 RAIL UNION RMT said that members on both Northern and South Western Railway will strike again tomorrow as both companies continue to refuse to engage in serious talks around the issue at the heart of both disputes – the safety of the travelling public and the guarantee of a guard on the train to deliver that safety along with security and access that should be the cornerstones of operating a modern railway.

The action comes with the Government in a state of total chaos and with the political cheerleader of the whole Driver Only Operation policy, Transport Secretary Chris Grayling, reported to be on the brink of resignation.

" RMT members will be taking action again tomorrow on both Northern and South Western Railway in the continuing fight for safety, security and access on our trains while the train companies preside over a surge in violence and anti social behaviour across their services. The pigheaded refusal of both ARN and SWR to face up to their safety obligations is criminally irresponsible.

"It is a national scandal that while other train operators have been prepared to engage seriously with RMT on the crucial issue of a guaranteed second safety-critical member of staff on their services ARN and SWR have dragged their heels and made a mockery of the talks process to the point now where they refuse point blank to engage in any meaningful negotiations at all.

"It is crystal clear that the axing of guards is a cash-driven exercise aimed at shoring up profits on these rail franchises regardless of the public consequences. ‎ The political cheerleader of this whole dangerous and bankrupt policy, the specialist in failure Chris Grayling, is reported this morning to be on the point of doing a bunk raising the serious question of who is now at the controls of transport policy in Britain?

"It's time for both these companies to get out of the bunker and start talking seriously and positively with the union on the issue of the guard guarantee instead of gambling with public safety as they pump up their shareholder returns.