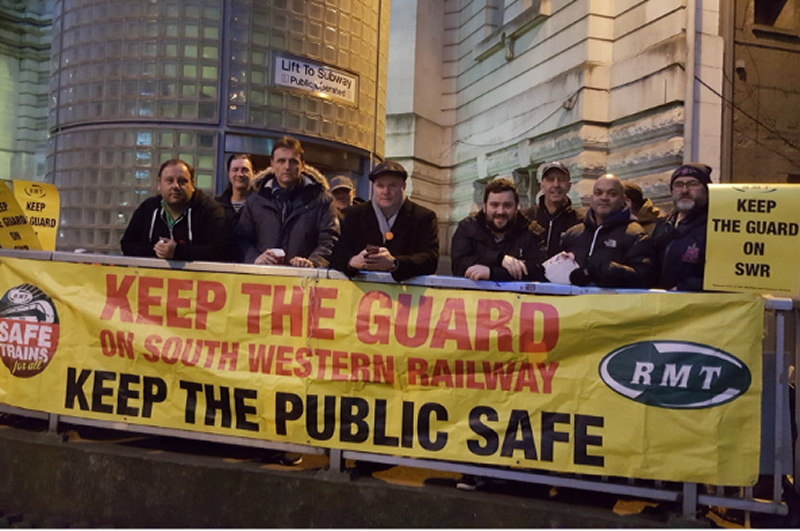 RMT members united and determined in strike action again this morning in continuing fight for safety on South Western Railway‎.

" RMT members are standing united and determined again this morning on South Western Railway in the long-running fight for safety, security and access on our trains while the private train company gambles with their passengers well-being.

"As violence and sexual assaults have once again been in the spotlight over the festive period on Britain's dangerous railways this is no time to be taking risks in the interest of profit.

"RMT has made it clear that the union will step up the fight for secure and accessible rail services for all while SWR are openly planning a New Year assault on the entire safety culture.

"RMT has campaigned relentlessly for the principle of putting safety on the railway first and the current stalemate over the guard guarantee cannot be allowed to continue into the New Year as it makes a mockery of normal industrial relations and the negotiating process.

"We thank the public for their continuing support and understanding that this dispute is all about safety and passenger service on Britain's increasingly violent and dangerous railways."