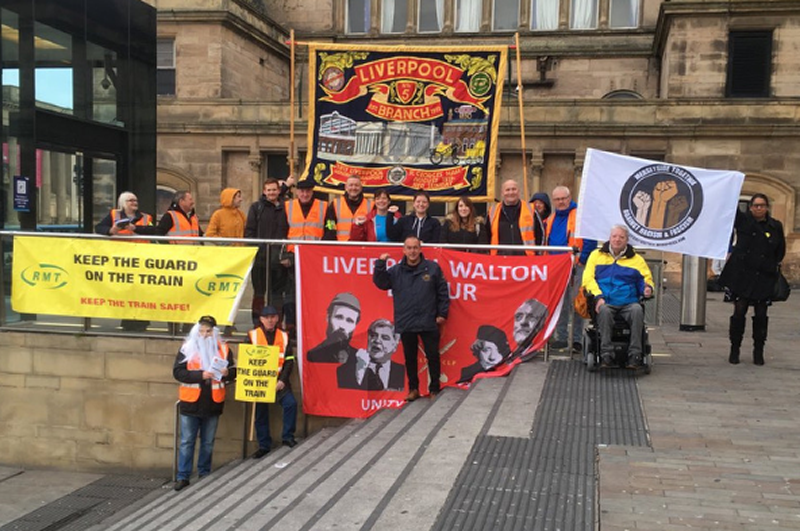 RMT members united and determined this morning in continuing fight for safety on Northern and South Western Railway.

" RMT members are standing determined and united again this morning on both Northern and South Western Railway in the long-running fight for safety, security and access on our trains while the private train companies gamble with their passengers well-being.

"This action comes as the political cheerleader of the Driver Only train operational model, Transport Secretary Chris Grayling, weighs up his own self interest and a possible resignation from the collapsing May Government. It is disgusting that this gang of political opportunists ‎are happy to unleash chaos on our railways while they plot their own escape route from the carnage they have created.

"It's time for both these companies to stop taking instructions from this clown car of a government,  get out of the bunker and start talking seriously and positively with the union on the issue of the guard guarantee instead of gambling with public safety as they pump up their profits.

"We thank the public for their continuing support and understanding that these disputes are all about safety and passenger service on Britain's increasingly violent and dangerous railways."