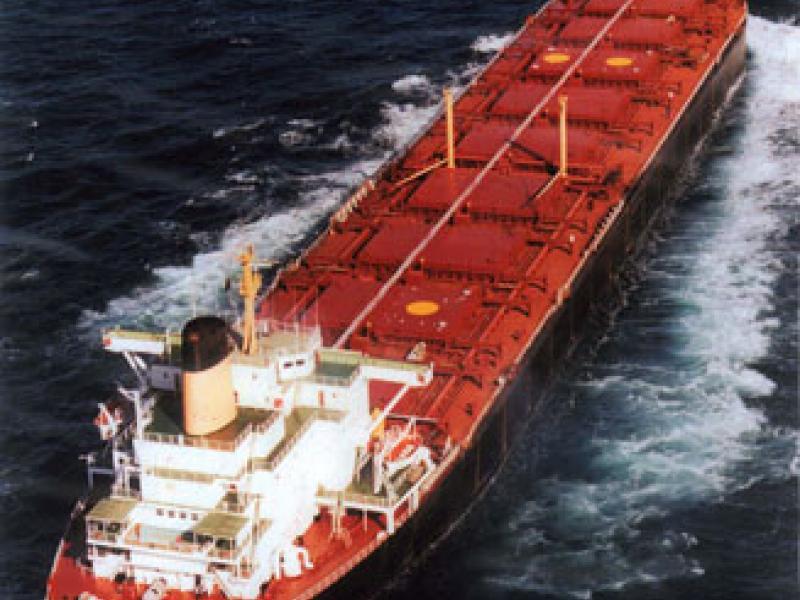 SEAFARER UNION RMT remembers the 44 victims of the MV Derbyshire tragedy on the 40th anniversary of the sinking of the UK registered (Liverpool) Bulk Carrier in the South China Sea on 9 September 1980 with the loss of all hands, including two wives of crew members.

SEAFARER UNION RMT remembers the 44 victims of the MV Derbyshire tragedy on the 40th anniversary of the sinking of the UK registered (Liverpool) Bulk Carrier in the South China Sea on 9 September 1980 with the loss of all hands, including two wives of crew members.

“RMT pay tribute to the forty-two seafarers and two passengers who lost their lives when the MV Derbyshire was overwhelmed by Typhoon Orchid south of Japan on this day in 1980. Members of the National Union of Seaman, many from the Derbyshire’s home city of Liverpool were amongst those lost and this remains the largest UK flagged ship lost during peacetime.

“Our condolences go out to the families and we continue to support the MV Derbyshire Families Association. The trade union funded search for the Derbyshire, conducted in 1994, led to a series of safety improvements in the international shipping industry and, crucially, absolved the crew from unjust blame for the cause of this tragedy.
“Shockingly, due to the Deregulation Act 2015 introduced by the Conservative led Government, it is now almost impossible to re-open investigations into maritime accidents like the Derbyshire. This insult to the memories of those lost on the Derbyshire must be reversed.”


1. The Derbyshire was a modern commercial vessel (built 1976), fully equipped and well-managed ore-bulk-oil (OBO) combination carrier, en route to Japan from Canada with a cargo of iron ore. At over 91,000 gross tonnage the Derbyshire remains the largest UK registered ship to have been lost at sea.

2. All on board, 42 crew and two passengers (wives of crew members), lost their lives. The crew and passengers were all UK nationals, many from the Derbyshire’s home port of Liverpool. Many were members of the National Union of Seaman.
3. RMT supports the MV Derbyshire Families Association.
4. In the period when the Derbyshire was lost and before the lessons were learnt from the finding of the Derbyshire, bulk carrier class vessels had a poor safety record. At the time, bulk carriers only accounted for 7% of the world fleet but accounted for 57% of lost ships. In the 22 years between 1975 and 1997, 378 bulk carriers were lost (including the Derbyshire) with the loss of over 1,300 seafarers’ lives.
5. A subsea search for the Derbyshire, funded by RMT, Nautilus and the International Transport Workers Federation (ITF), was conducted in the Pacific Ocean in May 1994 with the wreck of the Derbyshire discovered on the last day of the search, lying on the seabed at 4,200m.
6. The UK Government consistently refused to re-open the initial investigation into the causes of the loss of the Derbyshire and it was only a union-funded search for the vessel in the 1990s, combined with the Duty in the 1995 Act (introduced by the Conservative Government of the day) that established the necessary evidence and the legal obligation on Government to re-open the investigation.

7. The subsequent investigation not only absolved the crew from any blame for the loss of the vessel but led to significant improvements in the safe operation of bulk carrier class ships, as well as vital developments in the understanding of the mechanics of destructive waves generated under typhoon conditions.

8. As a result of the Derbyshire investigation being re-opened, 22 recommendations for improving shipping safety were made by the UK Government between 1998 and 2001, all of which have been subsequently adopted by the International Maritime Organisation.

9. The Deregulation Act 2015 abolished the duty in the Merchant Shipping Act on the Transport Secretary to order re-hearing of marine accident investigations in light of new evidence. This power was exercised in 1998 to re-open the investigation into the MV Derbyshire tragedy in 1980, after nearly 20 years of campaigning by families and trade unions, including NUS, RMT, Nautilus and ITF. The abolition was opposed by the maritime unions and by the Parliamentary Labour Party during the passage of legislation but the Government rejected amendments that would have prevented this.