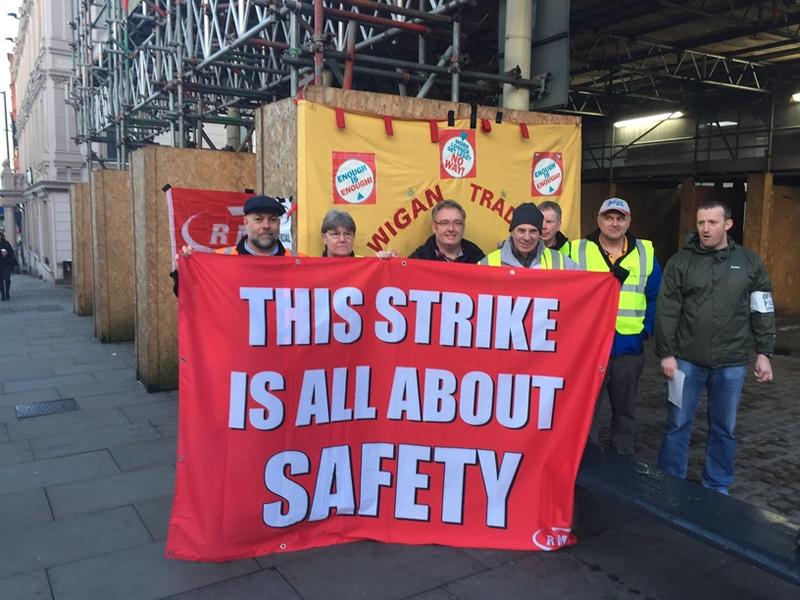 "RMT's action on Arriva Rail North this morning is absolutely rock solid and determined as our members ‎fight for passenger safety and the retention of the guard on the Northern Rail services. Our pickets are out across the franchise and the response has been fantastic.

"Arriva Rail North should listen to their staff, listen to the public and recognise that there is no case whatsoever for axing the guard from their trains.

"This action could have been avoided if Arriva hadn't back pedalled from earlier pledges to retain the guard. It is now down to the company to ‎get that pledge back on the table and engage with the union in talks over a safe and sustainable future built around the guarantee of a guard on the trains."