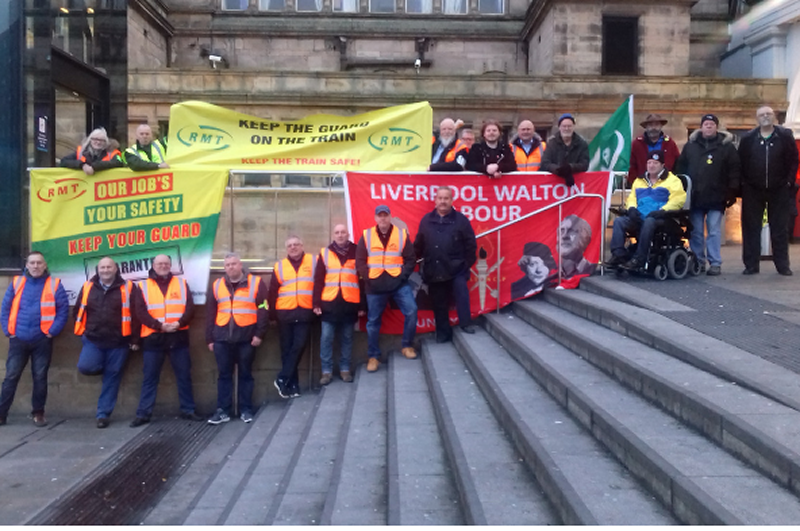 RAIL UNION RMT has confirmed that strike action on Northern Rail remains absolutely rock solid on its 42nd day this morning as the company ploughs on regardless with its lethal New Year plans to throw guards off their trains and rip up the safety rule book.

Today’s 42nd day of action comes as evidence continues to stack up of a growing epidemic of violent incidents over the festive period - exposing again the nonsense of getting rid of the safety-critical guard on the North's railways.

“I want to pay tribute again to RMT members across Northern Rail on this 42nd ‎day of strike action.

"It is the sheer guts and resilience of our members over the past two years that has kept the fight for safe and accessible rail travel for all across the Northern franchise in the spotlight while the company continue to duck and dive and refuse to face up to the key issues.

"While this basket-case, German-owned company lurch from crisis to crisis it has only been the determination of RMT members, and our supporters from the ‎travelling public, whose solidarity has been instrumental in keeping the focus of the dispute on the campaign for a guaranteed second person on the train with the full suite of safety competencies."