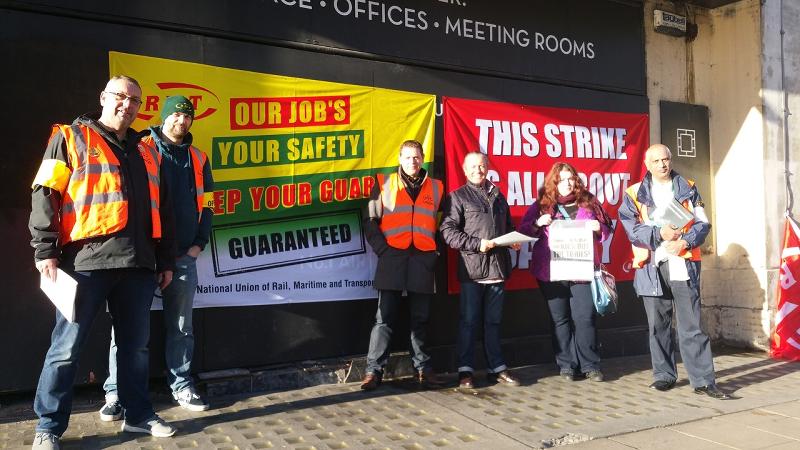 "The RMT strike action this morning is solid as a rock from coast to coast and right the way across the Arriva Rail North franchise as our members continue the fight to put public safety before private profit.

"If the German state-owned Arriva get away with their plans we will end up with a toxic combination of de-staffed trains and stations where safety and access ‎are compromised while fat profits are shipped across the Channel to subsidise rail operations in Germany. That is a national scandal and the Government should be hanging their heads in shame.

"The public support for our members fighting for safe trains for all has been fantastic and the company should take note of what their own customers and staff are saying about their plans and sit down with the union to negotiate a safe and sustainable solution to this dispute."