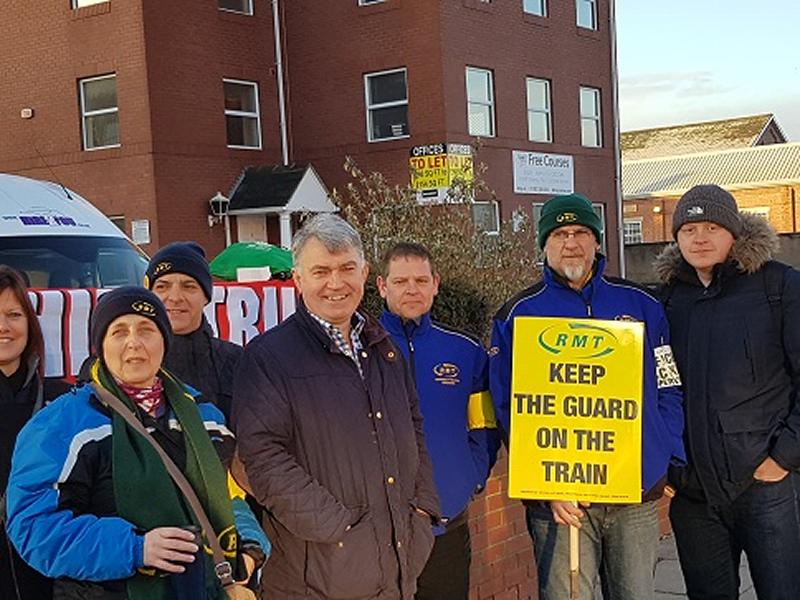 "Once again I want to pay tribute to RMT members on Northern Rail who have shown extraordinary resilience and determination for over a year now in the fight to put public safety before private profit. The picket lines are solid and united across the region again this morning.

"The German-owned Arriva outfit need to get out of the boardroom and start talking seriously with the union right now about a settlement that puts rail safety first. If we can reach agreements in Wales and Scotland that lock in the guard guarantee there is no reason we can't do the same in Northern England."