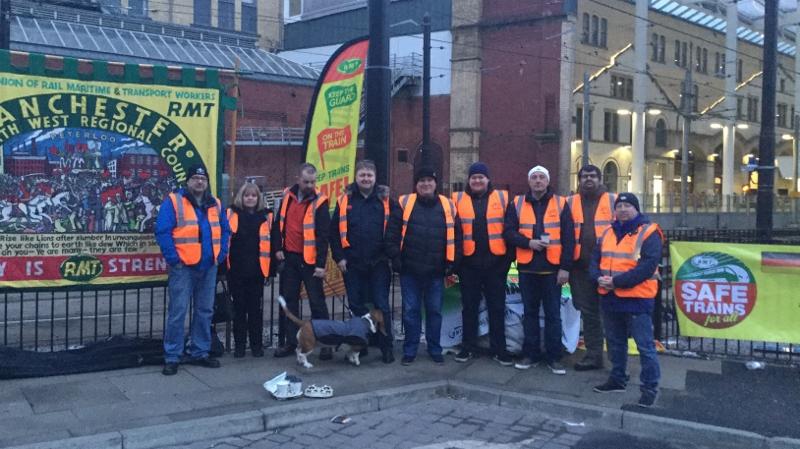 "RMT members are standing firm and united again this morning on picket lines across Arriva Rail North as the fight for rail safety the length and breadth of the franchise enters it's second year.

"It is a tribute to the determination and professionalism of RMT members that they have remained rock solid for over a year now in what is a battle to put public safety before private profit.

"German-owned Northern Rail want to run half a million trains a year without a safety critical guard on board in a move that would wreck both safety and access ‎to services and they should listen to their front-line staff and pull back from that plan immediately.