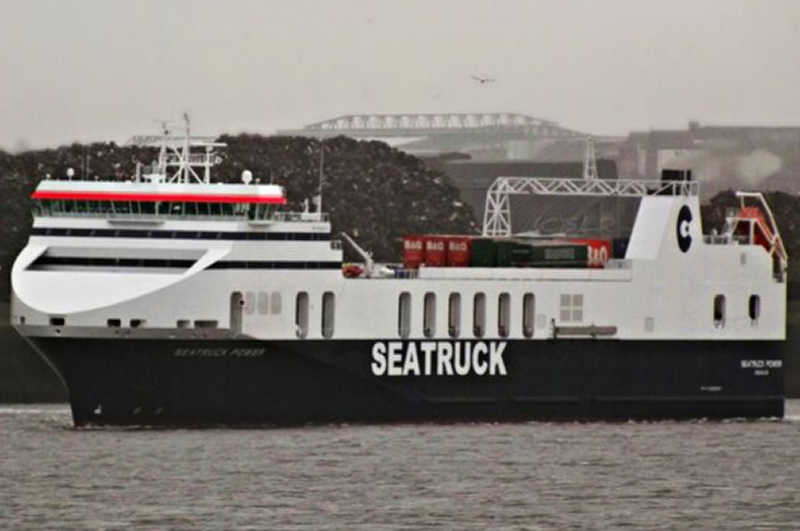 RMT is warning that the companies being hired in to expand capacity have a long and grim track record of exploiting foreign nationals on jobs, pay and conditions rather than offering decent jobs on union-negotiated terms to British ratings.

I am writing to you regarding the Government's announcement of the shipping companies who will be part of the Freight Capacity Framework Agreement (FCFA).

RMT is extremely concerned that the Government is contracting shipping companies such as Seatruck and Irish Ferries that do not employ UK or Irish seafarers, pay their foreign crew below the National Minimum Wages of the UK and the Republic of Ireland and refuse to recognise domestic trade unions. Polish Ratings on Seatruck Ferries, for example are paid a basic rate under £4 per hour.

As a result, the FCFA is a subsidy to exploitative employers who discriminate against foreign seafarers at the expense of UK Ratings. As the FCFA could be in place for up to four years, this is not a short term fix for a No Deal Brexit but an endorsement of employment practices in our shipping industry that are destroying maritime jobs and skills, particularly in struggling coastal towns and cities around the UK.

The demand for seafarers is forecast to increase over the coming years, yet the number of UK Ratings in training or employment, including at FCFA companies like DFDS, Stena Line and P&O, is nowhere near the level required for UK based seafarers to fill those jobs.

My union is committed to reforming employment, equality and immigration law to re-balance the industry in favour of sustainable employment practices that give seafarers a fair chance to compete for fair work. In our view, the FCFA is a step backward in the fight for decent seafarer jobs and a sustainable shipping sector. Your Government's commitment to extend the National Minimum Wage for seafarers on domestic routes is welcome but the use of the FCFA to contract with some of the worst employers in the shipping industry demonstrates the need for further and significant reform to govern conditions for seafarers on international routes from UK ports.

I would welcome any early meeting to discuss the serious issues the FCFA raises for seafarers rights.

“On Chris Grayling’s watch we had a Brexit ferries fiasco that wasted millions of pounds and failed to deliver decent jobs on decent conditions to British seafarers and now Grant Shapps is embarking on the same course. We are calling on him to pull back.

“RMT is demanding an urgent meeting to ensure that these life-line supply contracts afford British ratings employment opportunities on union agreed terms rather than just rolling out the kind of exploitation of foreign nationals that shames our shipping industry.”