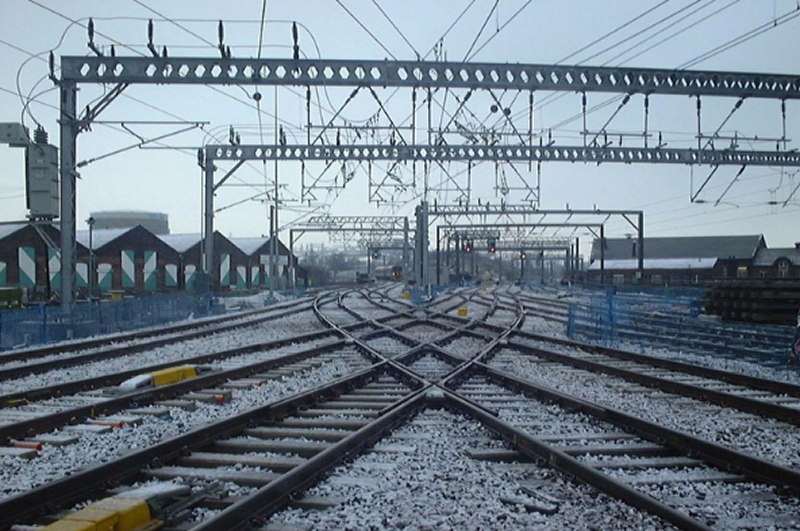 RMT responds to ‘shameful and embarrassing’ lack of progress on rail track electrification as UK lags far behind European neighbours.

The UK now has just 37.9% of route kilometres electrified, whilst estimates for other European countries show:

The data showing the UK’s poor performance in electrifying track comes just weeks before the UK plays host to the vital COP26 climate talks and on the back of news that Network Rail is increasing the cost of operators using electrified track by 200%.

“This news on track electrification is utterly shameful and embarrassing for the UK government and the country going backwards with a decrease in overall route electrification.

“The UK is trailing far behind our European counterparts, and now the embarrassing spectre of rail freight operators withdrawing all their electric locomotives from service due to the Government not planning to keep electricity prices at an affordable level.

“Yesterday we heard news of yet another wholesale attack on railway worker’s jobs and today I am calling on the Government to get real. If Boris Johnson is serious about climate change and cutting carbon emissions, then he should prove it by pledging the greatest investment in our railways and our essential railway workers ever.

“The Government’s current path of austerity, job cuts and pitiful investment in our railway will be resisted and challenged with the full might of our union.”