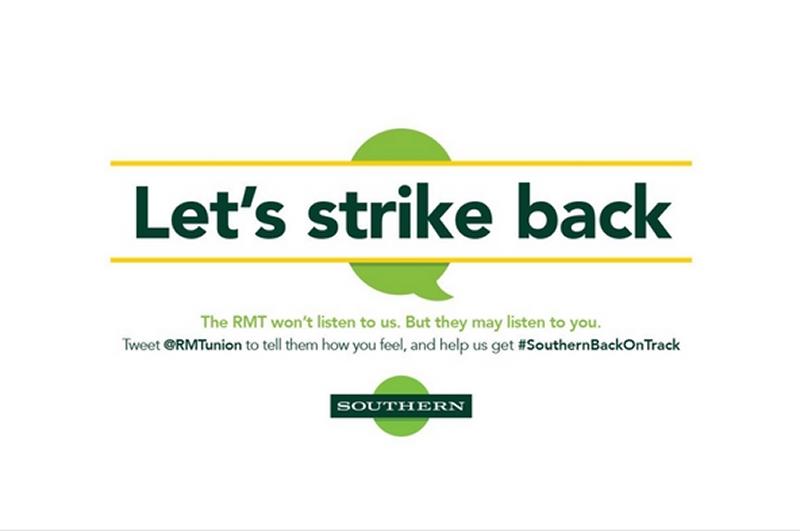 RMT slams Southern Rail bullying as top boss admits at Lambeth Council Scrutiny Committee that campaign of attacks on union and staff was a "mistake".

"It is shocking that hundreds of thousands of pounds of fare payers money has been wasted by Southern on attacking and bullying their own staff.

"That money could have been invested in keeping guards on the trains and keeping the public safe. It is absolutely scandalous.

"Staff at the front line of Southern Rail's services have been set up for abuse and assaults by a campaign of intimidation and lies that the company now try to pass off as a "mistake".

"It is yet more evidence that GTR are simply not fit to run a railway and reinforces RMT's call for them to be sacked."

A Southern rail executive has admitted an advertising campaign urging passengers to tell the RMT union how they felt about ongoing strikes was a mistake. Southern tweeted in October: "Time to get back on track. Tweet @RMTunion & tell them how rail strikes make you feel." Dozens of passengers immediately responded by criticising Southern.