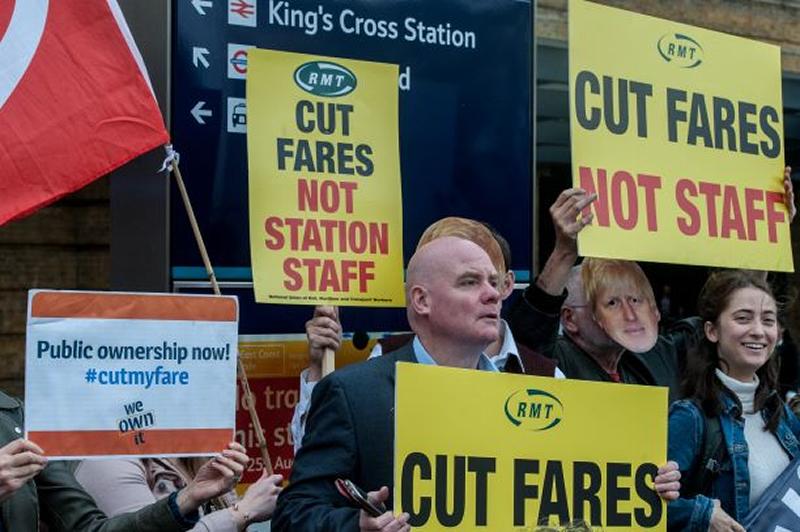 As yet another rail fare increase is announced today, rail union RMT has accused the Government of playing into the hands of the private rail companies and showing complete contempt for passengers at a time when it should be encouraging as many people as possible to use the rail network.

RMT polling of rail passengers has revealed that rising rail fares have already forced large numbers to consider using other forms of transport for both leisure and work purposes.

A publicly owned and nationally integrated railway, which was not focused on draining profits from the system, would mean revenue could be reinvested in the network and in making fares affordable for all.

“Yet another rail fare hike is a kick in the teeth for the UK’s rail passengers who are already paying over the odds to travel on overcrowded, clapped out and unreliable trains. This is just corporate welfare for the greedy train companies on an industrial scale.

“With the colossal sums bled out of our railways by private companies, including the £1.2 billion ripped-off by the rolling stock outfits as exposed by RMT, it is crystal clear that a return to public ownership would free up the funds needed to both hold down fares and invest in services. The private rail racket has left Britain’s passengers paying the highest fares in Europe to travel on clapped out and unreliable services. It is time for it to end.

“Our railways have a vital part to play in reducing the UK’s carbon emissions from transport. But they need to be affordable, sustainable and accessible to all. Instead, every year, huge amounts of hard cash are siphoned out of our railways as private shareholder profit rather than being reinvested in the network.

“Only 10% of stations are fully staffed yet UK passengers are getting ripped off on a daily basis. Today’s increase will only serve to make the rail network less affordable and accessible for the travelling public.

“Privatisation is at odds with an affordable and sustainable rail network – we need a publicly owned and nationally integrated railway now.”