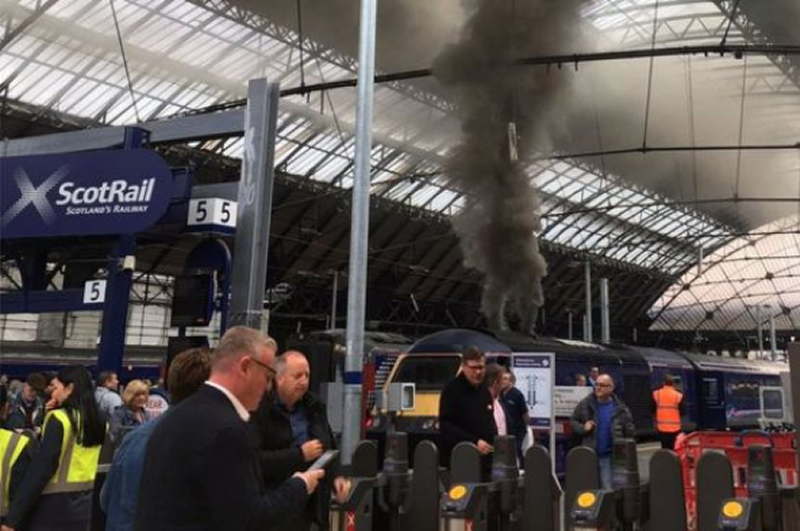 “RMT would like to thank our colleagues from the Scottish Fire and Rescue Service for their prompt response to the incident this morning.

“However, it raises serious questions about the current state of Scotland’s railways when we are being told that we have the “best railway Scotland has ever had”. That claim is clearly nonsense.

“This morning we had a vintage HST train pouring out thick black smoke forcing the closure of one of Scotland’s busiest train stations.

“We are supposed to be spending millions of pounds on investment in our railway - yet we end up using clapped out, decommissioned Inter-City trains that are 50 years old and that are in no way environmentally friendly or fit for purpose.

“Scotland’s railway are nothing more than a shambles under the current privatised and fragmented system. We need to properly invest in a railway that guarantees reliability and performance and which is safe and environmentally friendly and most important of all is controlled and run by the public sector in the public interest.

“It is time for Abellio Scotrail to go.”