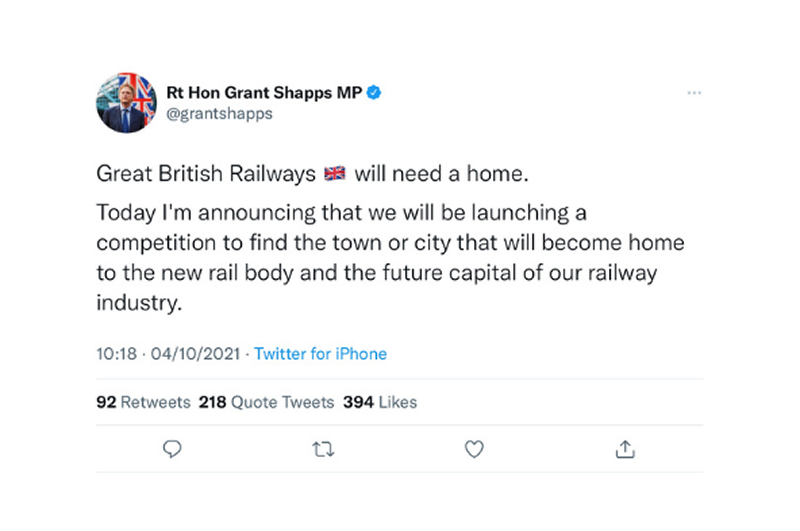 RAIL UNION RMT said today that ‎the location of strategic rail hubs shouldn't be subjected to some sort of lottery after Grant Shapps tweeted that the base for Great British Railways will be decided in a competition.

The union has also demanded that staff in current strategic rail locations should be reassured that their jobs are not under threat.

“The location of strategic hubs for the rail network is a serious business and shouldn't be subject to some sort of lottery.

“Staff at existing key rail locations should be given a reassurance by Grant Shapps that they won't be uprooted and shunted from pillar to post.”