RMT on weekend of action 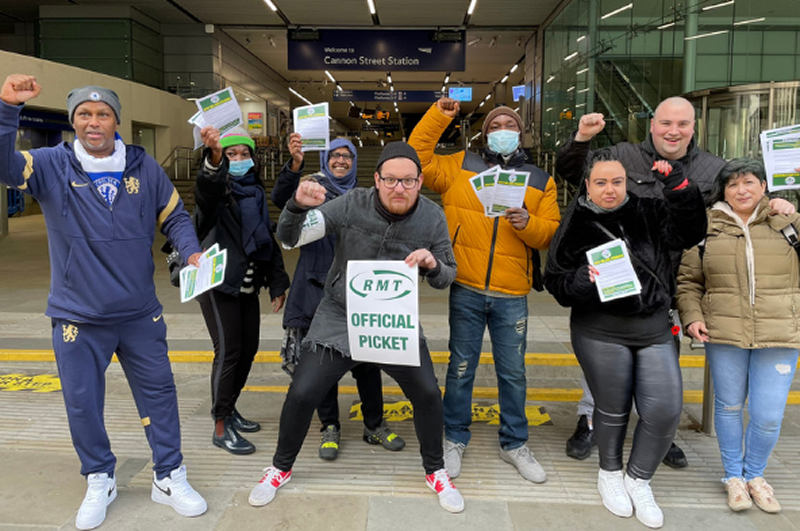 RMT says weekend of action across rail and tube shows determination of members to fight for workplace justice.

TRANSPORT UNION RMT said today that a wave of action across rail and tube services this weekend shows that members are prepared to make a stand for pay and workplace justice in the teeth of attacks stemming from the cost of living crisis, private profiteering and Government-driven cuts.

Cleaner members have been out on strike this weekend on the West Coast and London and south eastern services in a battle against poverty pay, conductors on Trans Pennine Express are striking today in an on-going fight for ‎pay justice and drivers on London Underground have continued their action for progressive employment practices on the Night Tube that address the issue of work life balance.

"This weekend RMT members have taken action in a range of different areas and the common thread is their determination to fight for workplace justice. They are a credit to the union.

"‎We know that there are further attacks coming down the pipe and we are preparing to escalate the fightback across the sectors where we organise. Transport workers of all grades must not be lined up to take the hit to their Jobs, pay, conditions and livelihoods for a deepening cost of living crisis that is not of their making."