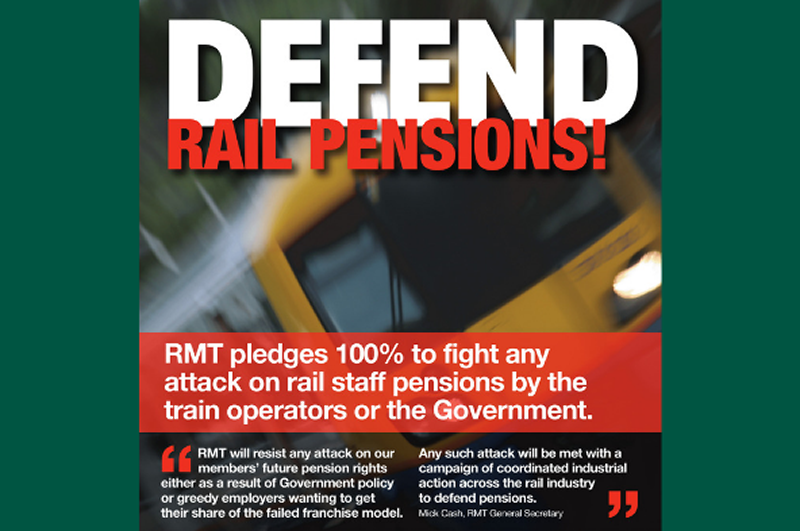 RAIL UNION RMT said today that is preparing to ballot for the first national rail strike since privatisation over twenty years ago after the Government and the train companies failed to respond to requests from the union for cast iron assurances that there will be no  undermining of the current pension arrangements.

RMT has written to Transport Secretary Chris Grayling, the Industry's regulator, all TOC employers and the Rail Delivery Group making it clear that if there is a move to impose reductions in future pension benefits or significantly increase member contributions the union will take the necessary action to defend pensions.

The union has not received the cast-iron assurances it has been seeking and as a result the preparations for a national rail strike vote are now being put in hand.

"If it takes the first national rail strike in a generation to defend our members pensions then so be it. We will not tolerate a position where Chris Grayling and the train companies are playing fast and loose with rail pension rights and RMT members will not be left to pay the price for the collapsing chaos of the rail franchising system.

"We have made it crystal clear that this union will resist any attack on our members future pension rights either as a result of Government policy or greedy employers wanting to prop up their profits within the failed private franchise model."

"Any such attack will be met with a campaign of coordinated industrial action across the rail industry to defend pensions and in the absence of a satisfactory response from Government and the train operators that is where we are now heading."