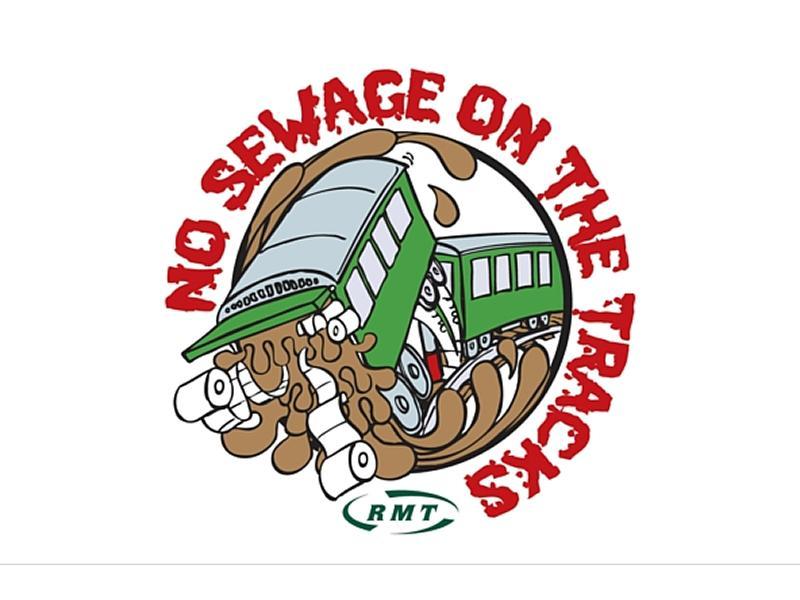 RMT campaign secures progress on eliminating dumping of excrement on the railways but union warns it's too slow.

RAIL UNION RMT said today that it has only been through long and hard campaigning that a pledge has now been secured to eliminate the dumping of excrement on the railway by the end of 2019 but the union has warned that progress on the issue has been far too slow due to the attitude of the train operating companies, in cahoots with the Government, and their drive to maintain profits at all costs.

Network Rail has now confirmed in its Strategic Business Plan  that by the end of 2019:

“No trains will discharge toilets onto the track by this time too which will significantly improve the working environment for our staff and help us to provide a work place of dignity and respect”.

RMT has contrasted this with Scotland where a high profile campaign by the union successfully led to the total cessation of the dumping of sewage on the tracks by the end of last year.

“For years now we have been promised that the filthy and disgusting practice of dumping raw sewage on Britain’s railways, a practice which sees track workers routinely sprayed with human excrement and fleet staff left to scrape it off the bottom of trains, would be called to a halt and it’s only through long, hard campaigning by RMT that we now have a pledge for the end of 2019.

“However, that is too slow and compared with Scotland, where we have already secured a ban, it leaves rail workers in the rest of Britain left facing the daily health hazard of being doused with sewage for another two years and that, quite frankly, isn’t good enough.

“The blame for the slow move to action on this disgraceful practice that shames Britain’s railways lies at the door of the greedy train companies, and their reluctance to retro-fit tanks due to cost, and this Government and their appalling attitude to the staff who work in the transport industry.  There will be no let-up in RMT’s campaign to bring the dumping of raw sewage on the tracks to an end as soon as  possible.”