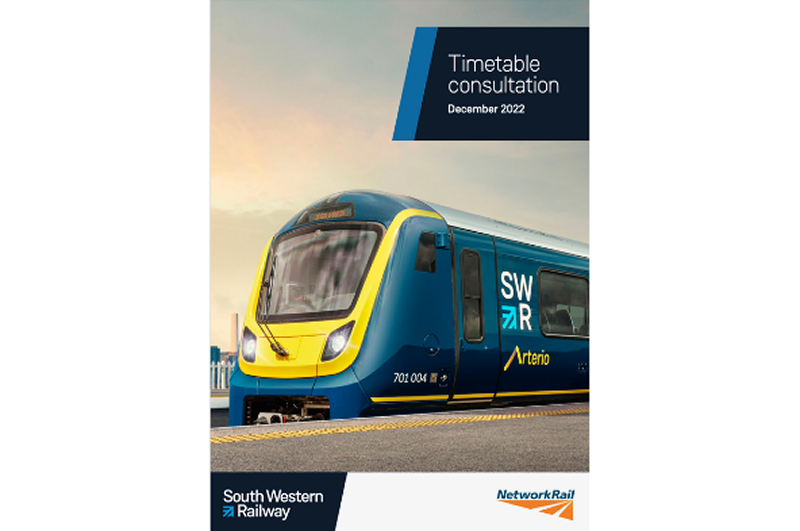 RMT protest at Waterloo tomorrow as campaign against cuts on South Western Railway steps up a gear.

RAIL Union RMT is stepping up the campaign on Monday against “swingeing cuts” on South Western Railway which will unleash an attack on rail services, jobs and pay unseen since the Beeching cuts of the 1960s. South Western Railway and Network Rail have launched a stakeholder consultation that proposes to cut 15 per cent of peak and off-peak services across the SWR Network from December 2022.

Tomorrow - monday the 13th September at 8am - the union will be holding a protest at Waterloo that will kick off a week of campaigning action.

Other train operators including ScotRail and LNER are also in process of consulting to make similar service cuts which is embarrassing for the UK and Scottish Governments as they come just weeks before critical International climate talks where the importance of slashing global transport emissions, one of the largest sources of global emissions, will be at the top of the agenda.

RMT General Secretary Mick Lynch said:
“We’re launching this campaign to send a clear message to private train operators and the Government that RMT will simply not accept any cuts to services and attacks on jobs and pay on the railway. It's bizarre in the extreme that the company are trying to spin their savage cuts as somehow improving their services. No one will fall for this nonsense.

"It wasn’t long ago that the Government promised they were going to “reverse the Beeching cuts” but with these proposals they are trashing that promise and instead preparing to unleash Beeching two on our railways.

"These cuts to services are regressive, short-sighted and embarrassing for the Government. In the year that the UK hosts vital climate talks at COP26 cutting rail services is sending a terrible message that public transport is expendable and not an essential part of the solution to the climate crisis.”

RMT will be launching the “No Cuts on SWR!” campaign at 8:00am on Monday 13th September at Waterloo Station. A week of action will follow with events at Woking, Waterloo, Richmond, Weymouth, Bournemouth and Southampton (timings TBC)
SWR’s consultation proposes cutting: