RMT protest in Poole for European Maritime Day of Action 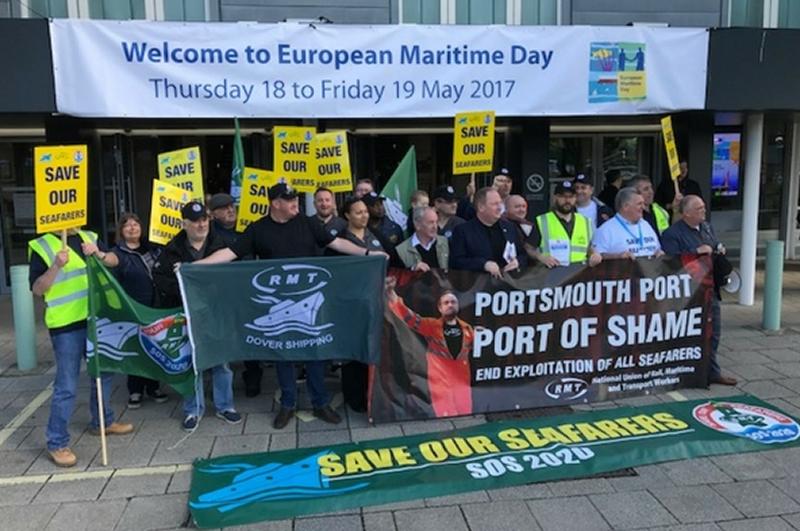 MARITIME UNION RMT will be protesting against low-cost crewing in the shipping industry – as practiced by local employer Condor Ferries – outside the European Maritime Day conference in Poole today. 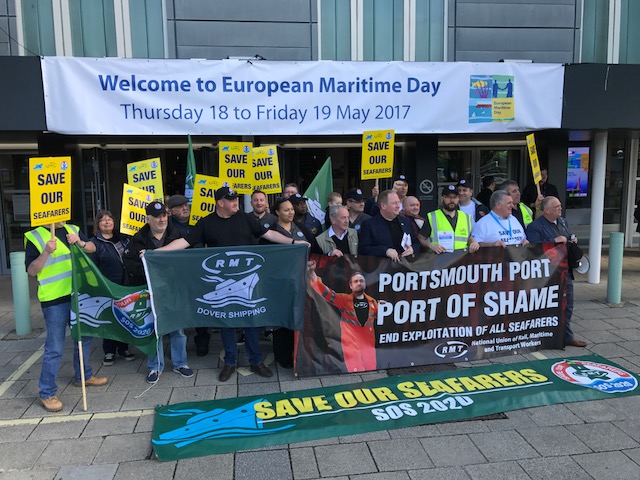 As part of RMT’s SOS 2020 campaign the event will be attended by RMT members and other trade unionists who will be voicing their outrage at unjust practices which undermine jobs and collectively bargained rates of pay across the UK and Europe.

RMT members and supporters will be highlighting the fact that:

“Since 2011 UK Ratings have fallen by 25%.  The ageing nature of our seafarers means that if training and employment do not increase before then, 2020 will see the retirement of thousands of UK Seafarers, exposing this country to negative economic, social and security effects of a maritime skills deficit.

RMT National Secretary Steve Todd added;
“As part of our SOS2020 campaign RMT is demanding jobs, training and the end of the race to the bottom on pay and working conditions. Our objective is simple – a guaranteed future for the UK shipping industry based on the development of a skilled and expanded domestic workforce that will secure the economy of areas like Poole well into the future."