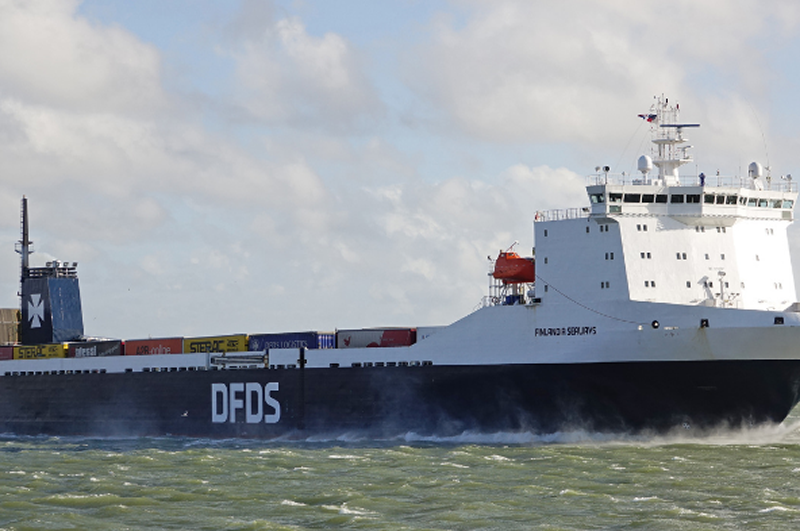 FERRIES UNION RMT today responded to the publication of the Maritime Accident Investigation Branch’s report into the fire on the Lithuanian registered Finlandia Seaways in April 2018 which resulted in the withdrawal of the vessel from the Rosyth-Zeebrugge route by the owners, DFDS, despite support from the Scottish taxpayer.

“There is no getting away from the fact that commercial pressure led to this incident. The hard working seafarers on board, some of whom were paid well below the National Minimum Wage, were lucky to avoid more serious consequences from an exploding engine. They were let down by a series of failures in the repair and maintenance regime overseen by the shipowner, DFDS and the classification society Lloyds Register which stemmed from the decision to outsource engine repair work.

“This avoidable accident led to the withdrawal of the Finlandia Seaways and the permanent closure of the Rosyth-Zeebrugge route. Scotland remains without a regular roll-on roll-off ferry link to the continent as a result, whilst DFDS has re-deployed the Finlandia Seaways in the Baltic Sea. This raises serious questions over the affect of the business model in the ferries industry on crew safety and economic resilience.

“RMT will be calling on the Scottish and UK Governments to take action in light of this report.”

Notes to Editors
1.       The MAIB report finds that the engine fire was caused by replacement connecting rods which had been produced to the wrong specifications by the Lithuanian contractors, Diesel Services Group and run well beyond the recommended running hours. The classification society, Lloyds Register also did not survey the replacement connecting rods which had been fitted in February 2017. DFDS had outsourced repair of the vessel’s engine to DSG but only received verbal assurances that they were capable of doing the job. DSG  could not say whether they had subcontracted the work to produce the incompatible component and neither were they accredited by the engine manufacturer, MAN, to provide repair or any other services on their products. Despite this, DSG had been repairing MAN engines for DFDS and other clients for ten years.
2.       When the part failed, it caused several explosions within the engine that propelled heavy metal debris across the engine room. The incident could have had much more serious consequences for crew and the MAIB find that the third engineer was lucky to escape and to survive this incident. The vessels emergency CO2 system was also unclear, leaving crew uncertain whether enough had been automatically released to stabilise or stop the fire.
3.       19 Lithuanian crew and 4 passengers were onboard at the time and all were safely evacuated, including the injured Third Engineer who was taken to hospital in Norwich and recovered from his injuries, which were caused by smoke inhalation.
4.       The Scottish Government signed a confidential Memorandum of Understanding with Forth Ports and DFDS in November 2014 over the future of the Rosyth-Zeebrugge route. Initially, over £156,000 of taxpayers’ money was granted at that time to keep the route from closing and a further £200,000 was paid by the Scottish Government to DFDS in January 2015.