RMT ramps up campaign to protect catering services on SWR 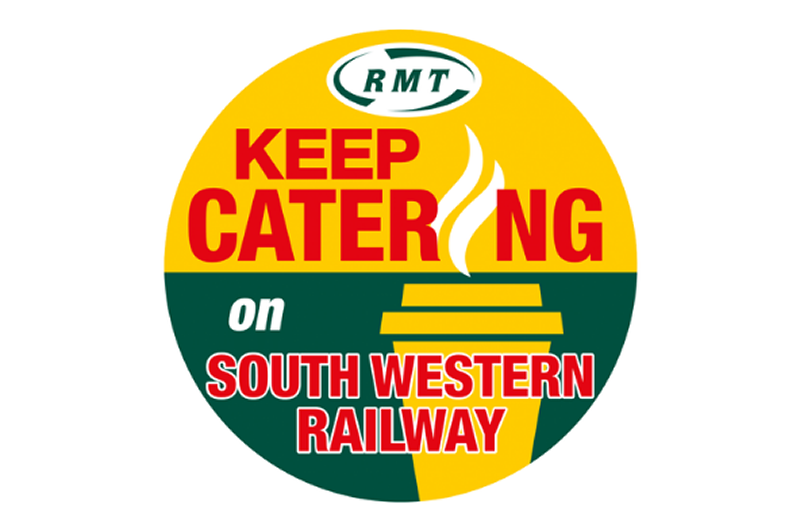 RAIL UNION RMT said today that it is ramping up the campaign calling for the Government to urgently intervene and reverse South Western Railway’s reckless decision to axe its on-board catering provision.

SWR’s decision puts over 130 jobs at risk of redundancy in January 2021, and shows no regard for passengers who now risk losing the catering provision across SWR services. Thousands of passengers have already signed an online petition calling for catering services to be retained and protected on SWR.

At the same time as SWR is axing this vital service, its operations continue to be fully publicly funded under its Emergency Recovery Measures Agreement (ERMA). RMT analysis reveals that SWR could receive over £24m in ‘management fees’ under the terms of its ERMA, money which can be used to fund profits and make dividend payments.

SWR has said it consulted the DfT over its decision to axe this vital service. RMT is demanding that the Government intervene as a matter of urgency to reverse this damaging decision, and to ensure all catering jobs and services on SWR are protected.

“It is now only a matter of days until the axe is due to fall on South Western Railway and we welcome the growing support from the public and MPs who have recognised that catering services on the SWR network must be protected.

“It is downright scandalous that SWR has axed its catering contract; putting over 130 jobs at risk come January whilst its operations are being fully funded by public money under its Emergency Recovery Measures Agreement. Had SWR retained the contract, these jobs could have been protected under the Job Retention Scheme until at least April 2021.

“The DfT cannot sit by and allow SWR to make these damaging cuts, while at the same time agreeing to pay it a management fee that could be worth in the region of £24m overall.

“Passengers and taxpayers will be shocked to hear that SWR stands to make a profit from its publicly funded management fee whilst axing a key service that will worsen the passenger experience and put more than 130 people out of work in a matter of days.

“The Government must take action now to permanently protect all catering jobs and services on SWR. All future public funding for SWR must be dependent on retention of on-board catering. ”