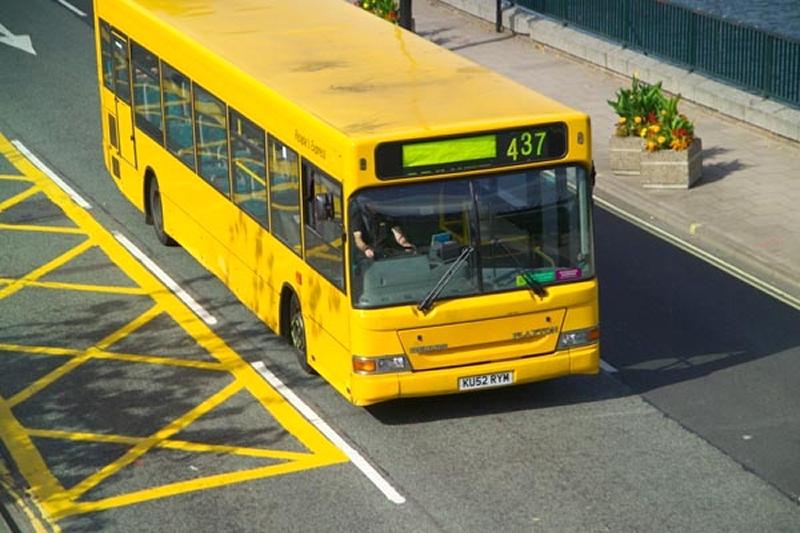 BUS UNION RMT warned today that the government is set to imminently publish a Buses Bill designed to export the “franchising” model from the railways and onto our buses. The warning comes on the day that RMT’s annual bus workers conference begins to gather in Torquay for a start on Friday  8th April.

The current system of deregulated bus services, whereby a bus company can start or stop working a route at will, has resulted in a chaotic and unfocused network. In some locations, passengers have voted with their feet, shunning overpriced and infrequent services offered by profiteering companies for other modes of transport.

RMT says that there is now a stark contrast between the areas where bus patronage under a deregulated commercially-focused system is declining, with the booming bus fleets owned and controlled municipally. Now, rather than replicating the many successful examples of municipally owned and controlled fleets, instead the government is set to introduce, via its Buses Bill, yet another system of organising the network – franchising.

Franchising is a system under which the right to operate routes is the subject of bids by companies.

The fact that the government is now set to propose franchising for buses – replicating the same disastrous system used to organise the UK’s expensive and bureaucratic rail network – demonstrates a spectacular inability or unwillingness to learn from past mistakes.

Franchising also results in considerable uncertainty for workers who face being transferred between companies at regular intervals. Employment terms and conditions (not pensions) are generally protected by legislation known as TUPE. However TUPE does not apply in all situations and recent court decisions have diluted the level of protection that TUPE provides.

RMT has made it clear that the union will not accept our members being ping ponged between employers, with each new company taking pot shots at their terms and conditions. Bus workers operate under stressful and difficult conditions, frequently not being able to leave their cab for hours at a time.

Bus franchising is only expected to be attractive in urban areas of a certain size. Specifically, only local authorities with sufficient confidence, funds and expertise to navigate the time-consuming and legalistic process are expected to attempt franchising.

The result is that services in other areas will be left to rot with passengers in rural and suburban areas having no respite from the spiral of cuts to financial support to services provided by government.

The government’s tinkering is occurring against a backdrop of record profits for bus companies. Bus companies - having cashed in on historically low fuel prices and divied their savings out to shareholders – are declining to pass on the benefits to passengers in the form of lower fares or expanded services [Note 1].

“RMT welcomes the admission by the government that the way in which the bus sector is currently organised is failing.

“Given a growing population, environmental priorities and the need to tackle road congestion, buses should be thriving. Instead greedy companies continue to suck the life out of the bus sector, such that it only now survives on receipts from concessionary fares.

“That the government is implementing yet another management consultant inspired shake-up of the sector, amounts to yet another attack on life-line bus services which will leave thousands more trapped in their homes.

“We will resist any attempt to put our members’ terms and conditions on the chopping board – especially as bus companies have been raking in yet larger profits on the back of cheaper fuel prices.

“As our experience from the rail sector amplifies, franchising is not the answer. Instead, we call for bus fleets to be municipally owned and operated.”