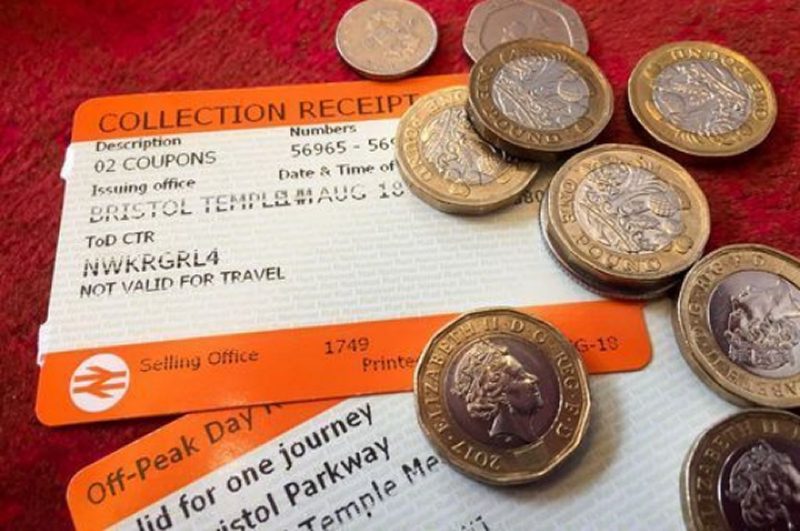 As the Government increases passenger rail fares by 2.6% today, new research by RMT reveals that the private train operating and rolling stock companies’ profits from last year stand to be equivalent to 15 pence of every pound passengers paid on fares during the same period. RMT is demanding an end to this shameless profiteering to allow all revenue profit to be reinvested in improving the rail network for passengers and ensuring a fair deal for rail workers.

Since March 2020, the private Train Operating Companies have been operating under Emergency Measures Agreements (EMAs) and Emergency Recovery Measures Agreements (ERMAs) through which the Government takes on all revenue risk, and funds the cost base of the franchise, whilst paying the operators a ‘management fee’ used to fund profits and dividends. Without this significant taxpayer support, the train companies would have become unviable.

Based on DfT data, RMT estimates that passenger numbers and hence revenue, since the beginning of the Covid pandemic in March 2020 averaged just 25% of pre-Covid levels over the whole year.

Despite this, the management fees and profits received by private train operators stand to be higher than £140m, equivalent to around 6% of all passenger fares collected last year. Shockingly, this is three times higher than the proportion of passenger revenue paid out as profit by the train operators prior to the pandemic, which averaged 2%.

The Government has also continued to pay rolling stock lease costs under the ERMAs, enabling the private rolling stock companies (ROSCOs) to continue profiting and they stand to make over £220m.

RMT estimates that the ROSCOs’ profits combined with the train operators’ fees stand to see a massive £370m in profit leakage to private rail companies last year, equivalent to around 15% or 15p in every pound of all passenger revenue collected during the pandemic.

At the same time as allowing this shameful profiteering, the Government is imposing a two year pay freeze on key worker rail staff who have kept the UK’s rail network running throughout the pandemic.

RMT believes that rather than allowing the private rail companies to profit in the midst of a pandemic, this money would be far better spent reinvested in the rail network, and scrapping the pay freeze imposed on rail workers.

“As the Government raises fares for rail passengers and freezes pay for rail workers its business as usual for the private rail industry. Rail companies raking in hundreds of millions of pounds in profit every year prior to the pandemic was bad enough but now in a corporate Covid cash grab scandal of epic proportions we learn they stand to actually increase the share they take in ticket revenues with profits equivalent to 15 pence of every pound passengers paid on rail fares.

“This pandemic profiteering is totally unacceptable and rather than lining the pockets of big business, this money would be far better spent being reinvested in improving the rail network for passengers, and scrapping the pay freeze imposed on key worker rail staff.

“The rail network has a central role to play in a green recovery from Covid-19 and its high time the Government ended the farce of privatisation once and for all and invested in creating a reliable, affordable, accessible, spacious rail network in public ownership which values its key worker staff and the vital role they play.”

Notes for editors
·          Based on DfT data, between 1 March 2020 and 22 February 2021, passenger numbers on the national rail network averaged 25% of pre-Covid levels. RMT has therefore estimated that fare revenue collected in the last year to be 25% of passenger revenue from the year previous.  https://www.gov.uk/government/statistics/transport-use-during-the-coronavirus-covid-19-pandemic
·          Between March and September 2020, the Train Operating Companies were operating under Emergency Measures Agreements through which the management fee was capped at 2% of the cost base of the franchise prior to the pandemic. Following this, the TOCs were transferred on to Emergency Recovery Measures Agreements (ERMAs) for up to 18 months, and the management fee is capped at 1.5% of the cost base of the franchise under these arrangements.
·          The Rail Minister recently stated that ‘Franchisees will remain in ‘lock-up’ for the duration of the Emergency Recovery Management Agreements (ERMAs), meaning that payment of dividends may not be made without the Secretary of State’s consent. Consent to the payment of a Permitted Dividend will not be unreasonably withheld or delayed, subject to franchisees fulfilling their financial obligations under the ERMAs to the satisfaction of the Secretary of State and complying with their Companies Act obligations. For any franchisee year the Permitted Dividend will be limited to the value of the fees paid to the franchisee net of Corporation Tax.’ [1] This is effectively a commitment not to unreasonably withhold dividends worth 100% the fees, subject to an assessment of performance.
·          The Government has confirmed that under the EMAs and ERMAs it is covering the costs of rolling stock lease payments in full. The rolling stock companies’ profits for 2020 are not known yet, but half year results from two of the rolling stock companies indicate that their revenues are up on the year previous. Half year results from Eversholt Rails Security Group suggest that its profits are likely to be up by around 70% over the year. Its  operating profit for the half year to June 2020 was £32 million,  significantly higher than the same period the previous year and higher than its Full Year profits for 2019. [2]
·          RMT has based its calculations on the rolling stock company profits and dividends from 2019, although it may be the case that profits for 2020 were in fact higher than these figures:
The following table shows the estimated passenger revenue for 2020-21 and estimates of the management fees and rolling stock company profits as a proportion of this figure:
·          Pre pandemic The Rail Delivery Group stated that ‘On average, around 98p in every £1 from fares goes back into running and maintaining services.’