RMT responds to pictures of tomatoes growing in excrement 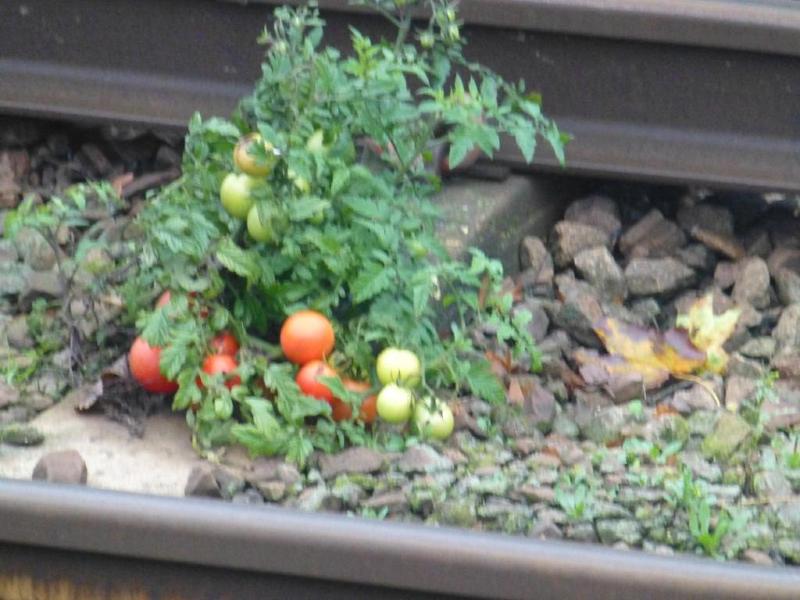 RAIL UNION RMT responds to pictures in this morning’s Daily Mirror of tomatoes growing in human excrement dumped on the tracks on Greater Anglia services between Southend and Liverpool Street.

The pictures, taken along the line at Rochford in Essex, are on a section of track notorious for the discharge from trains of sewage right the way into the platforms at Liverpool Street station. RMT has been fighting the government for a ban on wealthy train companies continuing the practice of dumping filth on our railways which is a serious health hazard for track and fleet staff and which creates disgusting conditions for staff and public alike.

The Government, although they have described the practice as filthy and disgusting, have done nothing to end it and have taken no action to force the train companies, extracting massive profits from the privatised railways, to fit tanks to their trains.

“It shames Britain's railways that tons of human excrement is being dumped straight on the tracks while the private train companies make huge profits and the Government does nothing.

“Not only does this create filthy and dangerous working conditions for rail staff who are routinely sprayed with this waste but it also shows that the Government are prepared to tolerate this scandal while greedy rail operators make a killing. RMT will continue to fight for an end to this disgusting and dangerous practice and it’s the greedy, profiteering train companies who should foot the bill.”