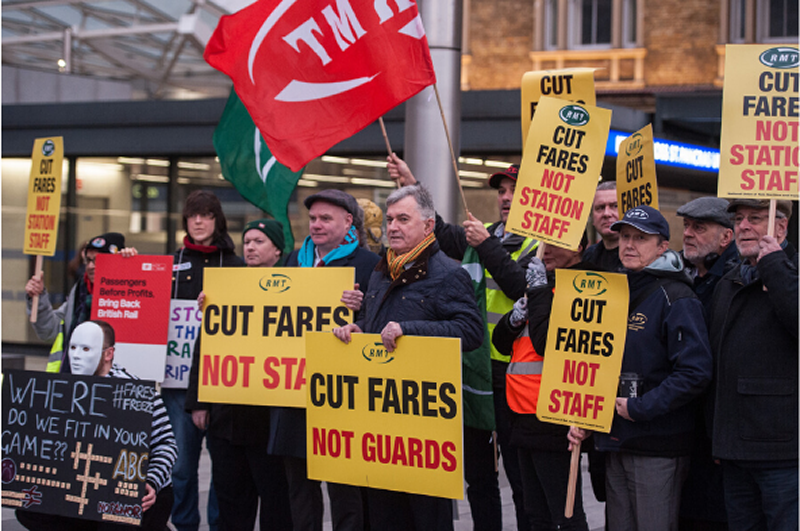 As fares rise on our railways yet again today, rail union RMT has revealed that private companies have siphoned off £4.4 billion in dividends to shareholders in the last ten years.

The union analysed the company accounts of every train operating company that had held a franchise since 2010 together with those of the three rolling stock companies (Roscos).

The figures, published in ‘Counting the Costs of Privatisation’, revealed that the Train Operating Companies (TOCs) have paid out a total £2.05 billion in dividends to their shareholders since 2010, while the Roscos, who make their money from leasing trains to the TOCs paid out £2.39 billion to their shareholders, often based in low tax jurisdictions like Luxemburg.

Every year, on average, these companies channel £483 million out of the industry to their shareholders, a sum that equates to 5% of passenger fare revenue in 2017/18. That means that over the next five years of Tory government, we can expect that the network will see a further £2.4 billion disappear into shareholders’ pockets.

Additional RMT research shows just how this profiteering has hit passengers in the pocket:

“Coming on the day that fares are hiked yet again these figures are an absolute disgrace.

“Passengers are paying through the nose in fares and subsidies and the private companies who have made such a mess of our railways are laughing all the way to the bank.

“Think what we could do with the £4.4 billion we’ve lost over the last ten years. We could have invested in fleet, infrastructure and staffing and built a modern railway fit for purpose rather than the current shambles passengers are confronted with day in and day out.
" We can’t afford another five years of this rip off. Instead of attacking railway workers’ rights, the government needs to look closer to home at the companies making millions out of the racket on our railways.”