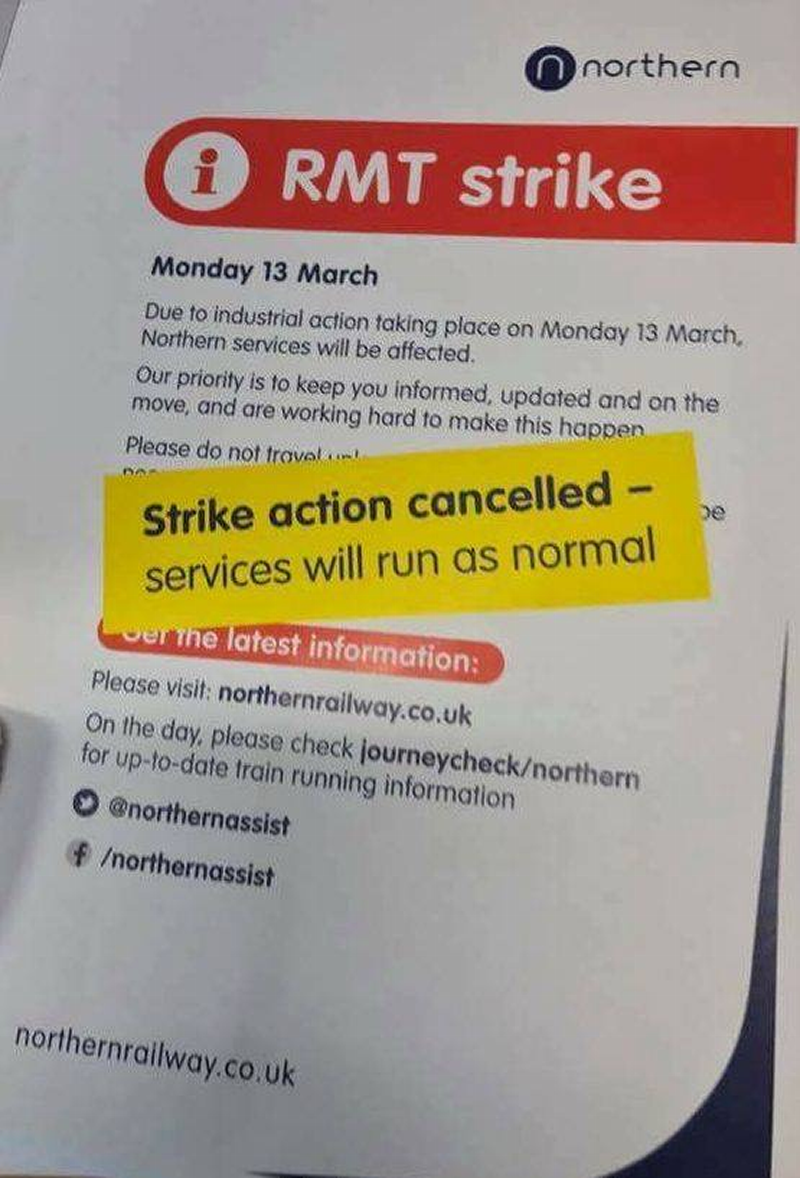 RAIL UNION RMT today slammed an "outrageous campaign of dirty tricks" by Arriva Rail North after the company was caught red handed circulating fake posters claiming that strike action on the 13th March in the dispute over retaining guards has been cancelled.

"This is a desperate move by a company that is prepared to resort to lies and dirty tricks to try and undermine our action in the guards safety dispute. It has backfired spectacularly as all it has done is reinforce the anger and determination of our members to defend safety-critical jobs and the guarantee of a guard on Northern Rail trains.

"Instead of pulling pathetic stunts like this the company should be round the table with the union negotiating a solution that gives the public the guard guarantee they want and which allows us to move on knowing that safety comes before profits."