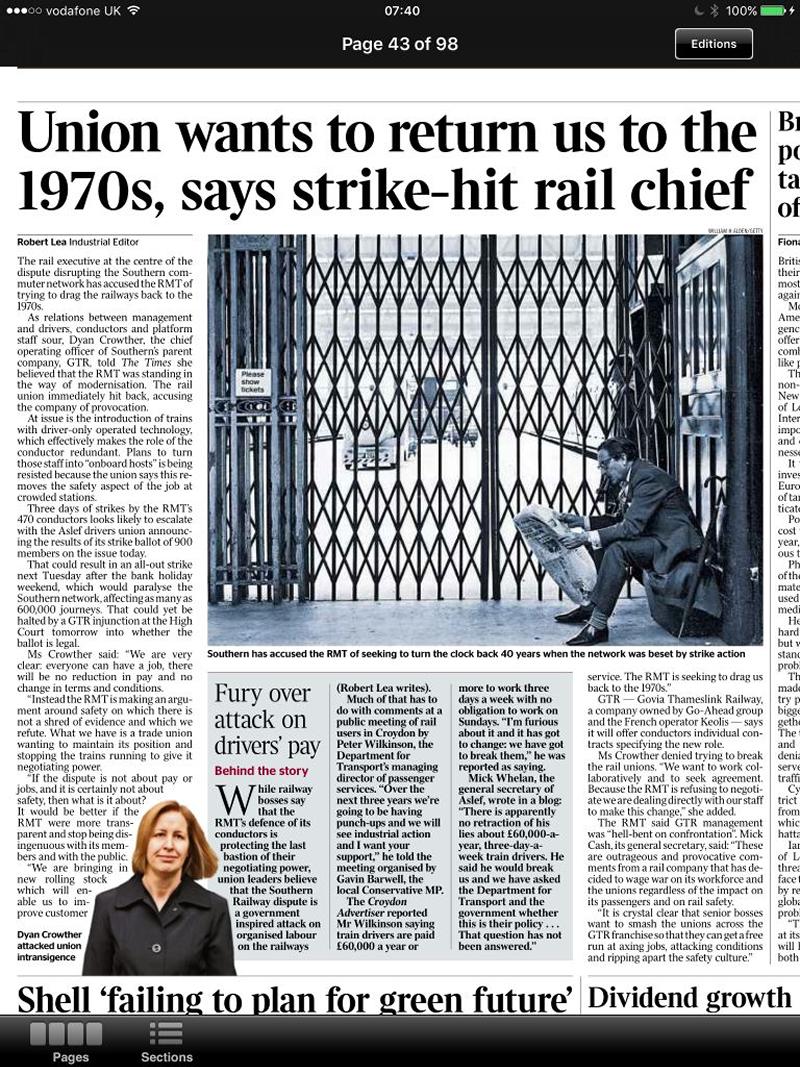 RAIL UNION RMT today slammed Southern/GTR for "disgraceful and provocative" behaviour as it emerged in a report in the Times this morning that the company have deliberately engineered disputes with their staff in an attempt to smash the unions so that they can dilute safety and maximise profits.


RMT has been clear from the outset of the current dispute that GTR have sought a fight over the role and jobs of the guards in order to to try and break the unions. The companies intention is to try and destroy collective bargaining and move the workforce onto individual, personal contracts - opening the door to a regime of fear, bullying and hire and fire. ‎The unions suspicions are reinforced in this mornings report.

"These are disgraceful and provocative comments from a rail company that has decided to wage war on its workforce and the uni‎ons regardless of the impact on its passengers and on rail safety.  RMT believes that the Government is complicit in the GTR strategy of total war on both its passengers and its staff and is prepared to turn a blind eye to the shipping of the profits across the Channel to subsidise French rail services. That is nothing less than a pay off for taking on the rail unions.

"It is crystal clear that the senior bosses want to smash the unions across the GTR franchise so that they can get a free run at axing jobs, attacking conditions and ripping apart the safety culture. This is a basket case franchise, despised by its long-suffering passengers and hell-bent on profiteering and confrontation. They are a disgrace and the public will be horrified at these revelations.


"Commuters paying thousands in fares every year are just pawns in this union-busting outfits game. RMT will continue to fight for jobs and safety and it is about time GTR stopped playing games and started talking seriously with their trade unions.  " 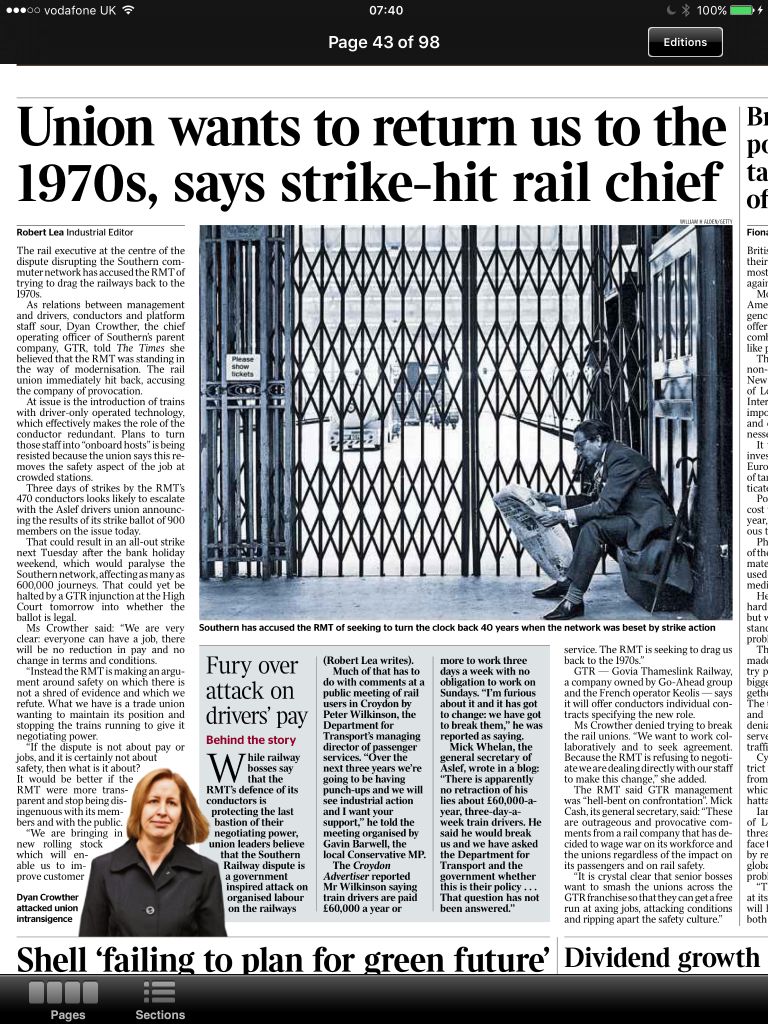