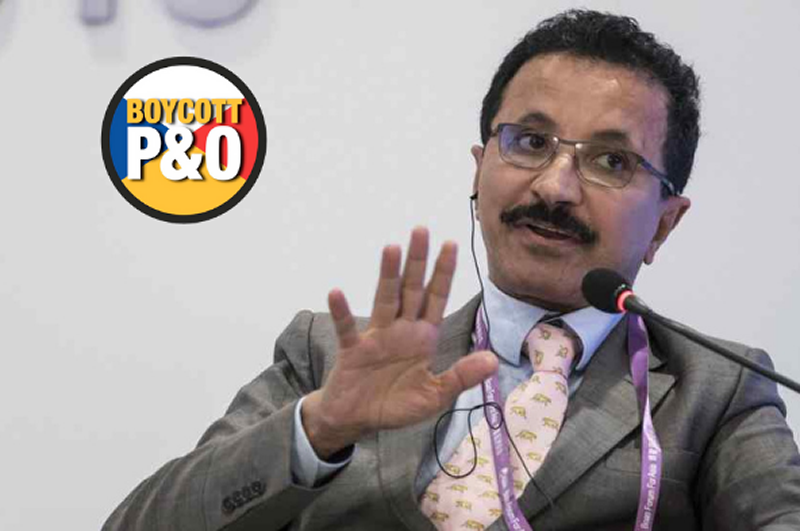 MARITIME union RMT has called for P&O Ferries’ owner to been taken to task for describing the sacking of 800 workers illegally fired and replaced with low paid agency staff in March as an ‘amazing’ job.

RMT general secretary Mick Lynch said that the government, which has already denounced P&O for its actions, should act against such companies that trash the law and maritime safety standards with impunity in order to make a quick buck while their owners cheer them on.

“This cannot be tolerated. Employers like P&O, hell-bent on attacking workers’ rights to profit their owners in Dubai, must face effective legal consequences at an international level,” he said.

Dubai-based sultan Ahmed bin Sulayem, chief executive of DP World which has owned the British shipping company since 2019, said that it was too late to reverse the mass-sacking decision because it was ‘in the past’.

He also rounded on the Prime Minister Boris Johnson who had called for the chief executive of P&O Ferries, Peter Hebblethwaite, to resign after he ‘brazenly’ admitted breaking employment law when crew were fired over Zoom without notice.

“The decision was their decision... we did not interfere and tell them what to do. Peter has done an amazing job because he managed to save the company instead of 3,000 people out of a job,” said Mr Sulayem.

The unionised workforce at P&O were brutally replaced by a ‘third party crew provider’ which turned out to be low paid foreign agency workers in an outrageous example of social dumping designed to drive down wages and increases profits.